HomeMotorsportsRazgatlioglu in MotoGP? Crutchlow provides insight into how the test went
Motorsports

Razgatlioglu in MotoGP? Crutchlow provides insight into how the test went 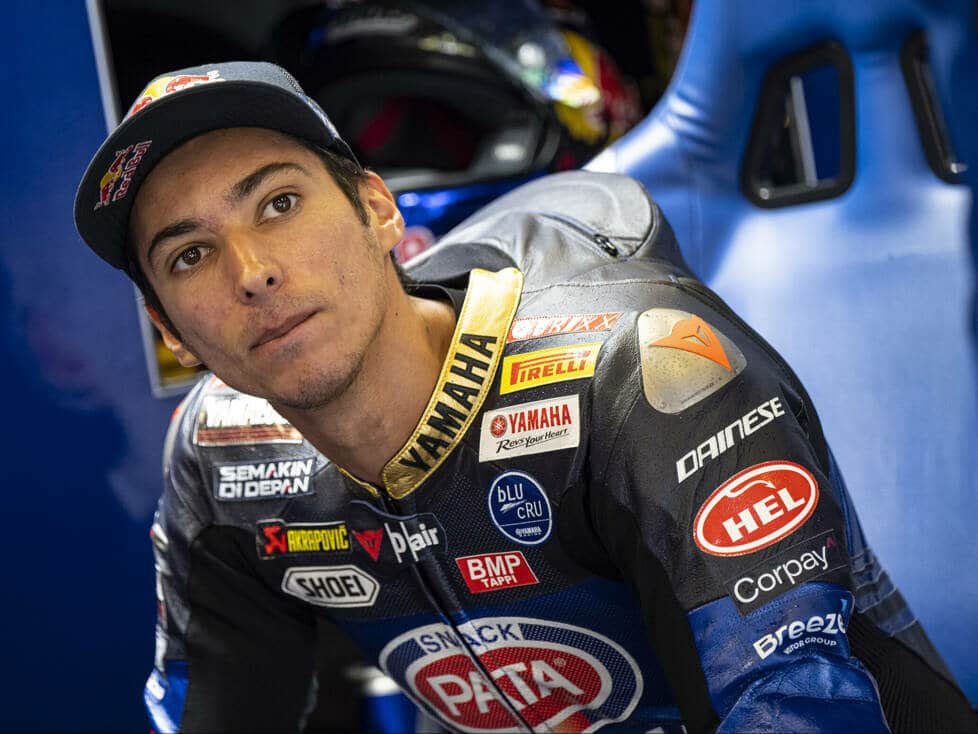 Superbike World Champion Toprak Razgatlioglu got the chance to test the Yamaha M1 at MotorLand Aragon in mid-June (read the report). The test was mainly a reward for winning the WSBK crown last year, because Yamaha could not offer Razgatlioglu a place in MotoGP for 2023.

Test rider Cal Crutchlow was on hand for the Turk’s MotoGP test and provided assistance at the start. Also on hand were Yamaha WSBK project manager Andrea Dosoli and a mechanic from Toprak Razgatlioglu’s superbike crew.

“He could be competitive in MotoGP,” predicts Crutchlow, recalling the test in Spain: “He improved with every stint. But so far he was riding the bike like a superbike. But the riding styles are completely different. “

“When I did my first year in MotoGP, I just wanted to go back. Compared to a MotoGP bike, it was so easy to pilot a superbike. Toprak only knows the Superbike. Of course he rides like that then,” Crutchlow analyses, adding, “But he would do it if he gets more time. He’s a smart rider and he understands. He just needs time. “

When testing the Yamaha M1, Toprak Razgatlioglu couldn’t do much about the set-up. “The seating position was not ideal for him. He removed the distance cushion because it was huge. But the rest was in line with a basic set-up,” Cal Crutchlow confirmed.

“It was a lot of fun to ride with him. We had a nice day,” recalls the Yamaha test rider. “He only had 15 laps or so and then it rained,” regrets the Briton, who wishes Razgatlioglu more MotoGP tests.

What would Toprak Razgatlioglu be capable of in MotoGP?

Should the superbike champion be on a Yamaha M1 in the future? “I think so, yes,” notes Crutchlow. “It needs time though,” he stresses. But after five or six days the world would look different, Crutchlow is convinced.

In modern MotoGP, new riders don’t have a lot of time to get used to their new working machine. But Crutchlow expects that Razgatlioglu would be ready to compete in MotoGP after the classic post-season test, rookie test and pre-season tests. “He would then be ready to race. He would understand the bike better then,” Crutchlow said.

One point of contention so far has been the factory/satellite team issue. Manager Kenan Sofuoglu insists that his protégé will ride exclusively for a factory team. Since Yamaha will only have the factory team from 2023 anyway, there is the option of taking Franco Morbidelli’s place should he not show a significant improvement in 2023. Sofuoglu, however, has already announced that he is also talking to other manufacturers.

Should Razgatlioglu move straight to the Yamaha factory team? “I’m not his manager,” Crutchlow waves it off. The Brit sees no problem in riding for a satellite team. “The bottom line is that they also have factory bikes. That’s why the riders (from the satellite teams) are so fast now,” he explains.

“All the bikes in the field are good. You might not get the very latest developments, but these bikes have won races,” notes Crutchlow, adding, “The contracts are made with the manufacturers these days. So they can put the riders where they want. “