HomeTennisQuestion marks around Nadal before French Open - Who will stop Swiatek?
TennisTennis News

Question marks around Nadal before French Open – Who will stop Swiatek? 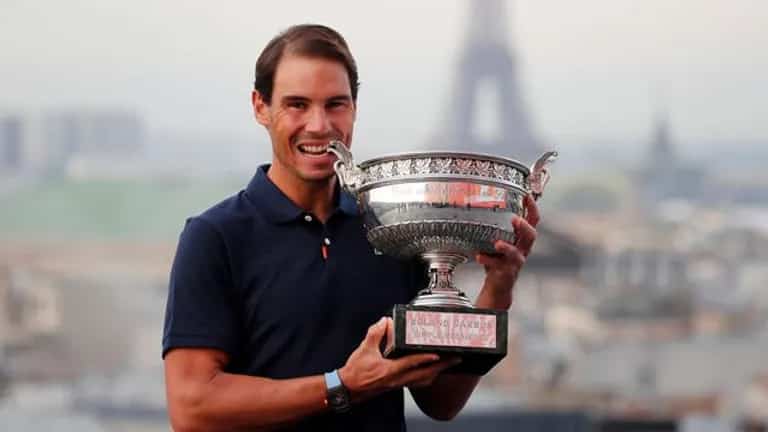 Paris – It will be an exciting two weeks in Paris. Rarely has the question of the men’s favourite for the French Open been so open as it is this year.

In the women’s singles, however, there is one clear title contender. And the Germans? They want to surprise. The Deutsche Presse-Agentur answers the most important questions before the clay court classic at Roland Garros begins on Sunday.

From when to when will the matches be played?

The tournament starts on Sunday with the first round. The women’s final will then take place on 4 June, the men’s final on 5 June.

Who are the favourites in the men?

Actually, this question is always easy to answer in Paris: Rafael Nadal. But this year everything is different. Nadal got off to a perfect start to the season with his record-breaking Grand Slam victory in Australia, but has recently been plagued by severe pain in his foot again in Rome. The Spaniard enters his favourite tournament without a title on clay this year. If his foot holds up, he will still be the top favourite.

Many experts, however, are betting on Novak Djokovic. The world number one has overcome his Australian trauma of being forced to leave the country because of his lack of a coronavirus vaccination and has recently been convincing in his victory in Rome. And then there is the Spanish prodigy Carlos Alcaraz. The 19-year-old beat Nadal, Djokovic and Alexander Zverev in Madrid. Many believe he can pull off the big coup. Greece’s Stefanos Tsitsipas is also one of the favourites.

And what about Alexander Zverev?

The German number one has had a mixed season so far. In Australia, he was already eliminated in the last 16, and the year was also bumpy after that. The 25-year-old Olympic champion is still waiting for a tournament win in 2022, but his form has been improving recently. He reached the final in Madrid and the semi-finals in Rome. In addition, his father is back at his side as a coach. Maybe it’s good for Zverev that he’s not one of the favourites and that he’s not putting himself under as much pressure as he was before the Australian Open.

Who is the favourite in the women’s singles?

Iga Swiatek. This is the player everyone is watching in Paris. The Pole has won 28 matches in a row, including the Fed Cup. Her last defeat dates back to February at the tournament in Dubai. After that she won the titles in Doha, Indian Wells, Miami, Stuttgart and Rome. The number one is in incredible form and is currently dominating the competition at will. Perhaps Paula Badosa from Spain or Ons Jabeur from Tunisia are the closest to threatening her.

And what about the German players?

Just three players have made it directly into the main draw: Angelique Kerber, Andrea Petkovic and Tatjana Maria. All three are unlikely to play a major role. Kerber, in particular, has played a weak season so far and was eliminated right at the start in Stuttgart and Rome. At the tournament in Strasbourg this week, she celebrated her first victory on clay this year. In the past three years, Kerber always finished in the first round.

Where will the French Open be broadcast?

Tennis fans will get their money’s worth on Eurosport. The channel broadcasts all 886 matches from Paris on Eurosport or on its JoynPLUS+ platform. The top matches from the Night Session will also be broadcast live on Eurosport from 9.00 pm. There will be one change in the team of experts. Because tennis legend Boris Becker is serving his prison sentence in London, Mischa Zverev will step in. In addition, Barbara Rittner will act as an expert in her tried and tested manner.

Quarter-final exit for Altmaier in Majorca