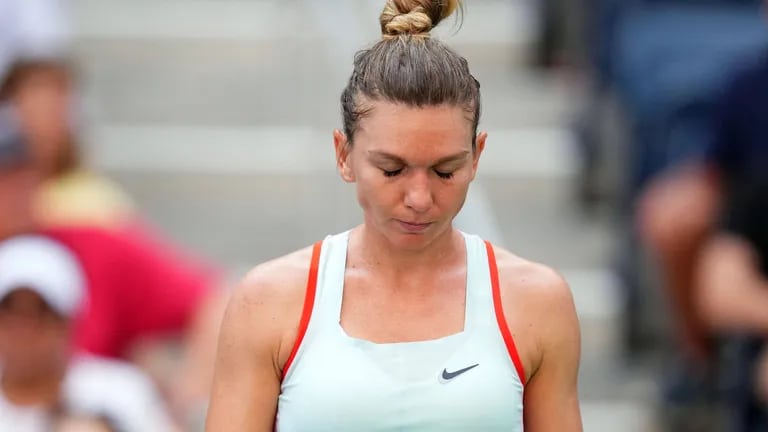 She has won two Grand Slam tournaments so far in her career, topped the world rankings. But now there is bad news for Simona Halep.

The International Tennis Integrity Agency (ITIA) has provisionally suspended Simona Halep, former number one in the tennis world. Banned substances were allegedly found in one of her doping samples, the organisation announced.

The Romanian, who is currently ranked ninth in the WTA rankings, gave a positive sample during her participation in the US Open in August 2022, according to the organisation’s statement. According to the statement, the A sample contained a banned substance that is listed in the 2022 Prohibited List of the World Anti-Doping Agency (WADA). The substance in question is said to be Roxadustat. The drug, which is used among other things for kidney problems, increases the number of red blood cells and thus leads to a better oxygen supply, similar to erythropoietin (EPO).

The 31-year-old herself has already reacted: “Today the hardest match of my life begins: a fight for the truth,” Halep wrote on Twitter. “I tested positive for the so-called substance Roxadustat, (…) which turned out to be the biggest shock of my life.” She added: “Over the course of my entire career, it never once crossed my mind to cheat because it goes against all the values I was taught. In this unfair situation, I feel cheated and irritated at the same time. I will fight to the end to prove that I never knowingly ingested a banned substance. I trust that sooner or later the truth will come out.” It is now “not about titles or money. It’s about honour and the love for tennis that I’ve developed over the past 25 years. “

Halep is not eligible to participate in tennis events organised by tennis governing bodies during her provisional suspension. The two-time Grand Slam winner, who won the French Open in 2018 and Wimbledon in 2019, is one of the most successful players in recent years.