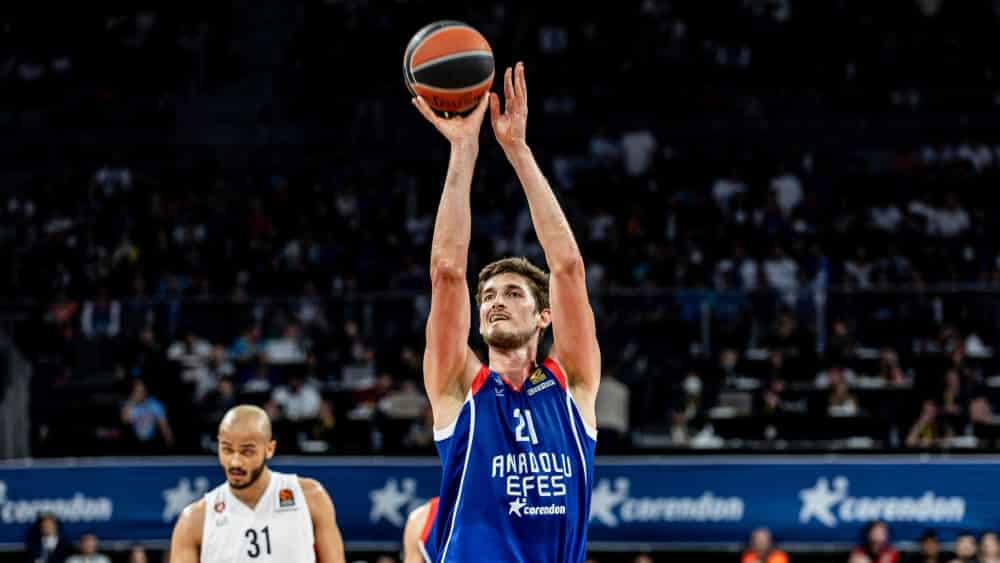 Tibor Pleiß has left open a comeback in the national team this summer. “I’m not thinking about that at the moment,” said the centre, who is in the Euroleague Final Four again with Anadolu Efes.

“My full focus is on the Final Four in the Euroleague for now,” the former Bamberg player told dpa. Pleiß won the title in the European premier league with his club Anadolu Efes Istanbul last season. This weekend, he is back with Istanbul in the final round of the best four teams and can become the first German to win the title twice.

In the semi-finals, Istanbul will face Olympiakos Piraeus in Belgrade on Thursday. In the second semi-final, the two Spanish top clubs Real Madrid and FC Barcelona will play each other. The final will then take place on Saturday. Bayern Munich were narrowly defeated by FC Barcelona in the quarter-finals.

Pleiß played his last international match on 7 September 2016. At the time, he had left the national team in the middle of the European Championship qualifiers because he was in contract negotiations with clubs from the NBA and Europe after his time with the Utah Jazz had previously come to an end. The then national coach Chris Fleming heavily criticised the centre afterwards, and he was not nominated again for the first time in the years that followed.

However, Pleiß is in contact with the current national coach Gordon Herbert. “He visited me and the other players who play in Turkey just recently,” Pleiß reported. The willingness to return to the national team is basically there, “but I have to listen to my body and see what my health says”. Germany will take part in the European Championship from 1 to 18 September with the preliminary round in Cologne and the final round in Berlin.