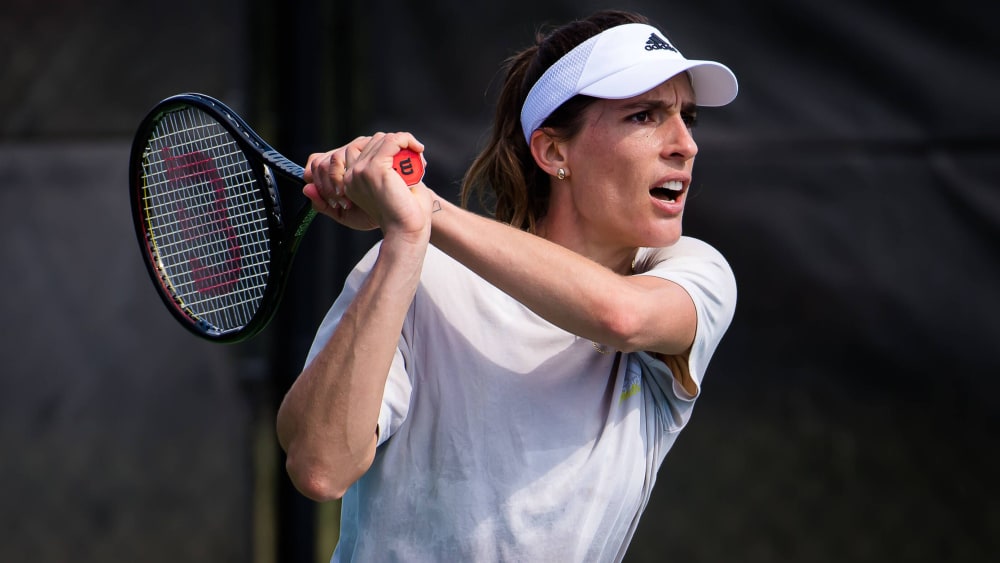 The women’s tennis week began in Nur-Sultan, Kazakhstan, with a win for Anna-Lena Friedsam and an early morning success for Andrea Petkovic in Chicago.

Early in the morning – nine o’clock local time in Chicago – Andrea Petkovic had to play her first round match against Belarusian Olga Govortsova. But the appearance as an “early bird” could not harm the Darmstadt player in the “Windy City” – the tennis player, who recently turned 34, needed only 77 minutes to defeat the world number 136 6:2 and 6:2.

Against Govortsova, who slipped into the main draw of the 500-player tournament in Chicago as a “lucky loser”, 109 points were played out, Petkovic snatched 65 of them – and had an almost even rate of winning points (around 60 per cent) both on her own serve and in return games.

Waiting for Petkovic in the second round of the hard court tournament is Jessica Pegula (USA/No. 9), who clearly defeated Polish qualifier Magdalena Frech 6-3 and 6-0.

Nur-Sultan: Friedsam in the last 16

Anna-Lena Friedsam has reached the round of 16 at the WTA tournament in Nur-Sultan. The 27-year-old from Andernach beat Australian Arina Rodionova 4-6, 6-4, 6-2 in just over two hours at the hard court event in Kazakhstan on Monday.

Friedsam is ranked 121st in the world and will now meet Belgian number two seed Alison van Uytvanck. The second German participant is Jule Niemeier from Dortmund, who will face Vera Lapko from Belarus on Tuesday.

Share
Facebook
Twitter
Pinterest
WhatsApp
Previous articleHistory, missed records and Zverev’s horror: insights from the US Open 2021
Next articleHinkel in interview: “Ronaldo’s debut? I gave him a bit of a run for his money.”