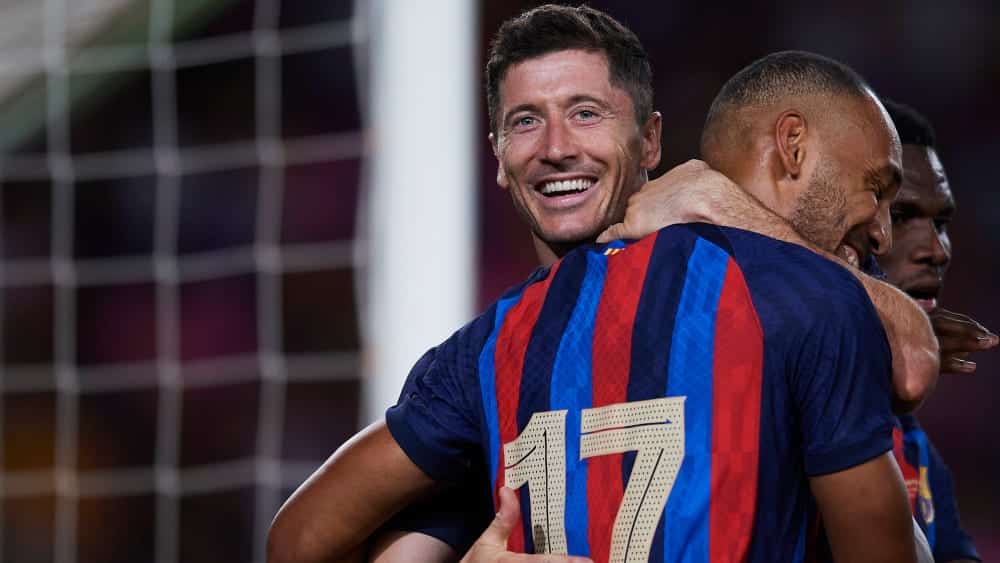 A day before their La Liga opener against Rayo Vallecano, FC Barcelona have been given permission to field their top new signing Robert Lewandowski.

In another last-minute million-dollar deal, FC Barcelona have managed to secure a playing permit from La Liga for world footballer Robert Lewandowski and other expensive additions.

The former Bayern goal-scorer, along with Andreas Christensen (arrived from Chelsea FC) and Franck Kessié, were listed as registered on La Liga’s site on Friday evening. They will therefore be able to play in the first league match on Saturday evening at Camp Nou against Rayo Vallecano from Madrid.


According to the trade newspaper “Mundo Deportivo”, the Catalans were also able to secure the playing permit for newcomer Raphinha as well as for Ousmane Dembelé and Sergi Roberto, whose contracts were renewed. Only the case of Jules Koundé is still unresolved.

Previously, FCB had announced that it had sold 24.5 per cent of the shares in Barça Studios to the company “Orpheus Media” for 100 million euros in what was already the fourth transaction of this kind. With this further financial injection, the Catalans made the breakthrough. Although the league has to ensure that the rules on fair play are observed, according to the Spanish media, it had no interest in superstars such as Lewandowski ending up in the stands.