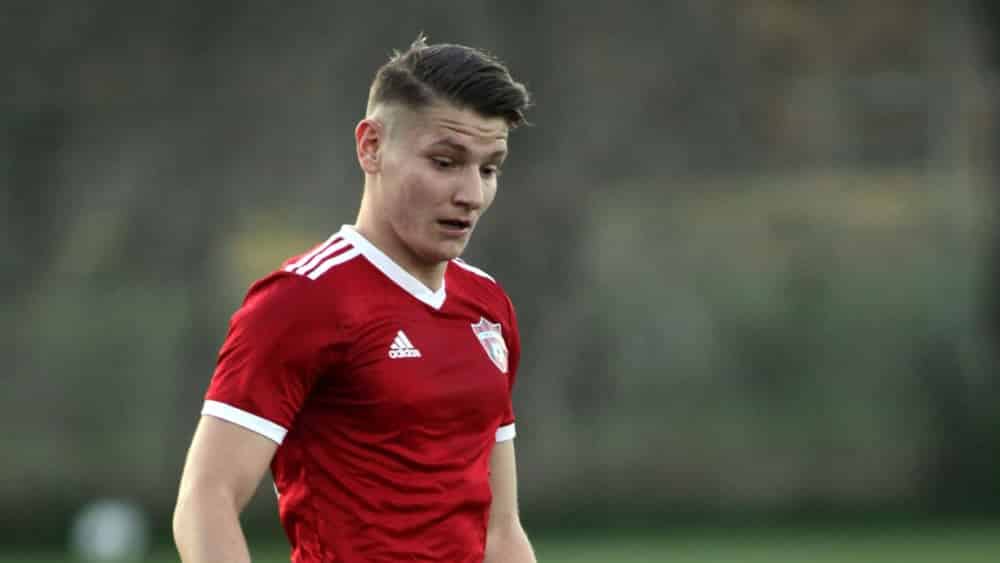 Viktoria Berlin announced another new signing on Tuesday: Martin Gambos will in future wear the jersey of the third-division club from the capital city.

Gambos was last under contract with Slovakian first division club Zlate Moravce, now the midfielder is expected to bring his strengths to the promoted club. “Martin is very talented, has an outstanding positional game and can bring a good balance to a game. He was allowed to play in the first division in Slovakia and has also gained international experience,” Viktoria head coach Benedetto Muzzicato is quoted as saying in a statement from the Berlin club. “I am convinced that Martin fits our profile very well and will quickly understand our idea of the game. He makes a very smart impression. “

Gambos is no stranger to Germany. The former junior international of Slovakia once played for TSV 1860 Munich, played for the Löwen’s U19s in the A-Junioren-Bundesliga and made one Regionalliga appearance in the 2016/17 season. He later moved back to his home country.


“Due to my past with 1860 Munich, I have followed the 3rd league from time to time. As a newcomer to the league, Viktoria Berlin also caught my eye positively. I see the club as a good club to develop myself further,” says Gambos himself, who is now expected to fuel the competition in central midfield. “With Björn Jopek, Christoph Menz and now Diren Günay, Martin certainly has competition in his position, but that’s exactly where we wanted to improve in the winter and we’ve succeeded well with his signing,” said sporting director Rocco Teichmann.

Gambos could make his first appearance for the Berliners on Saturday, when the Viktoria take on Waldhof Mannheim. At the moment, the club, recently plagued by a Corona outbreak, is in 14th place and four points clear of the relegation zone. However, there are still three catch-up games to be played.