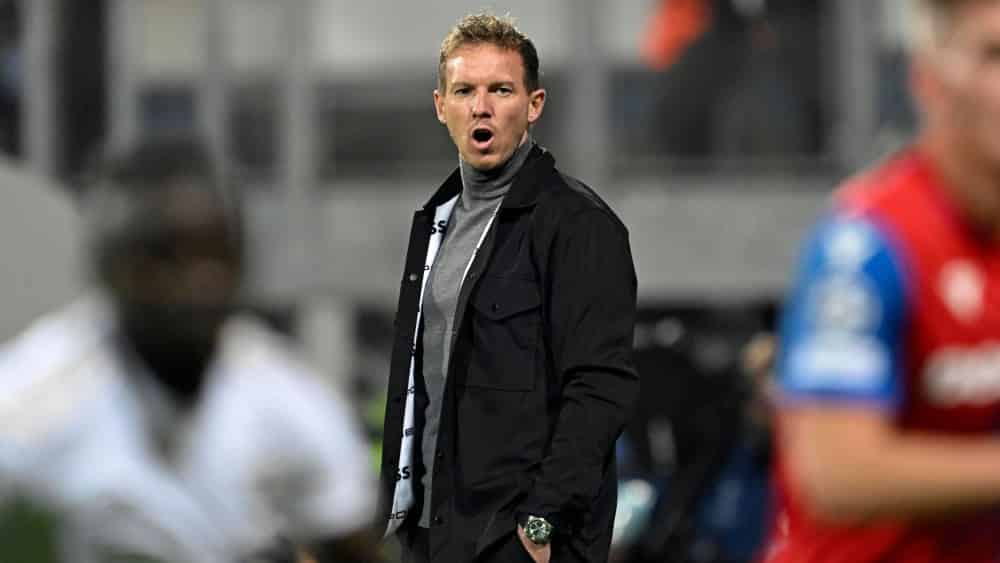 Julian Nagelsmann allowed himself only a brief moment of satisfaction after the 4-2 win in Pilsen – and spoke most extensively about an ex-Stuttgart player.

“When the results aren’t right in the Bundesliga,” it’s sometimes not so easy to talk about, so Julian Nagelsmann used the context of Wednesday night’s commanding 4-2 win at Viktoria Pilsen to get something off his chest.

“The boys have been working extremely concentrated in the last few weeks on the offensive sequences, on positioning, on positional fidelity. They are extremely inquisitive and want to implement things perfectly,” said the FC Bayern coach. The result was a “still simply extraordinary chance statistic”.

In Pilsen, Leon Goretzka & Co. took advantage of the first opportunities right away, and so it went “a little easier off the hand than in other games,” said Nagelsmann, who found the performance of his personnel-strapped team even “even better again” than in the 5-0 win eight days earlier in Munich.

Not despite, but precisely because of the qualitative differences between the Czech and German champions, Nagelsmann rated Wednesday’s performance as a “good yardstick”; namely that the “classic character performances” were right: “Put simply: You have to win, and then a lot depends on the attitude with which you go into the game. “

With twelve points from four games, Bayern, whose 13 first-round goals are topped only by SSC Napoli (17), earned an early place in the last 16 in what was “certainly the toughest group in the Champions League this year”, as Nagelsmann mentioned explicitly and with some justification. “That was the goal, we achieved that. That’s why we are very satisfied for today.”

Already on Thursday, however, the Bundesliga top match against SC Freiburg will be in focus, for which, according to Nagelsmann, the performance in Pilsen will bring “the necessary calm”. The fact that the focus was possibly already on the second half, which his team lost 2-0, was something he took in stride – and preferred to put the home side centre stage.

“Compliments to Pilsen, they played much, much better in the second half,” said Nagelsmann and gave out a surprising special praise: While he did not single out anyone in his team, he went into raptures about Pilsen’s wild card Jan Kliment. After his substitution, the attacker in particular “played a super game up front, physically very, very well. He made the difference in the second half, was very active and kept our chain very busy.”

The now 29-year-old had moved to VfB Stuttgart in 2015 as the reigning U-21 European Championship top scorer, was loaned to Brøndby IF after their relegation a year later and never really arrived at VfB after a serious knee injury. “I basically liked him in the Bundesliga even then,” Nagelsmann said.

Kliment had only moved to Pilsen from Wisla Krakow on a free transfer in the summer. He played the first Champions League match of his career against Bayern – and scored against one of the top favourites. “The team is also alive,” Nagelsmann said appreciatively about the opponent, who “was actually down 0:4, but still gave full throttle in the second half to still offer the fans something.”

The fact that his players were the ones to suffer was something he could easily get over that evening.