HomeBasketballMourning for "Warrior" Okulaja: "Take care up there!"
BasketballBasketball News

Mourning for “Warrior” Okulaja: “Take care up there!” 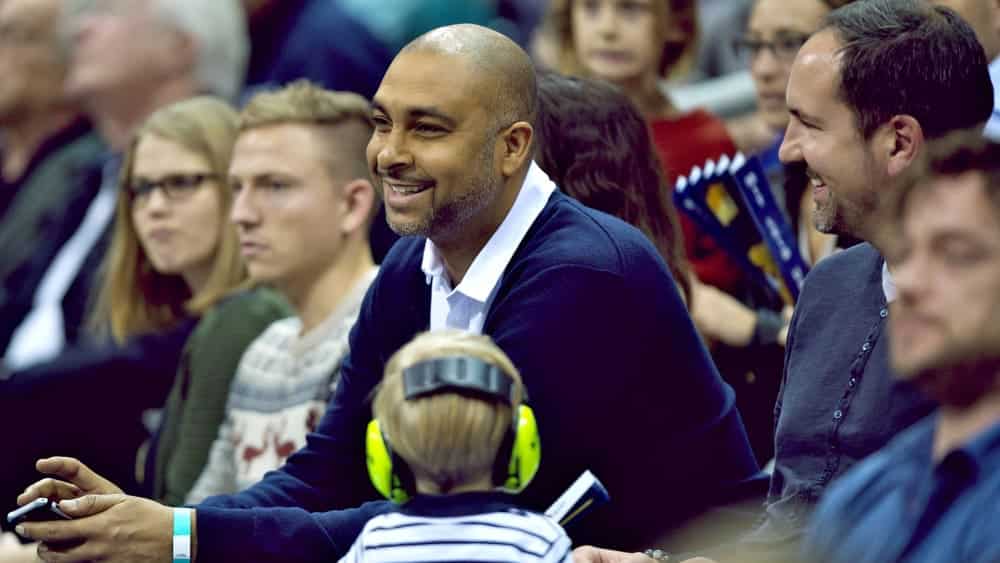 Great mourning and dismay in German basketball: At the age of 46, long-time national team captain Ademola Okulaja has died in Berlin.

This was announced by the German Basketball Federation (DBB) on Tuesday evening. There is no information on the cause of death so far. “We are shocked and simply cannot believe Ademola’s death. Our thoughts are now with his family, to whom we wish a lot of strength,” said DBB President Ingo Weiss: “Ademola was as great a player as he was a person. I personally have lost a great basketball friend and will miss him very much.”

Okulaja, nicknamed “The Warrior”, was for years one of the most defining faces in German basketball and the emotional leader of the national team. The Nigerian-born player made his debut in the jersey with the eagle in May 1995 in Weert, the Netherlands. His greatest success was winning the bronze medal at the 2002 World Cup in the USA alongside superstar Dirk Nowitzki.

Shadow over the anniversary of the bronze coup

In total, Okulaja, who overcame a cancer diagnosed in 2008, played 172 caps and captained the team on the field for several years. September will be the 20th anniversary of the bronze coup in Indianapolis. Okulaja’s death will then overshadow the fond memories of the coup.

In the Bundesliga, Okulaja played for Alba Berlin, RheinEnergie Köln and Brose Baskets Bamberg (now Brose Bamberg). The power forward, who after four years at US College also played for numerous top European clubs such as FC Barcelona, won the Korac Cup (1995) and the championship (2000) with the Berliners.


“We are deeply saddened by Ademola’s death. He was an albatross from the very beginning and one of the first to launch a great basketball career from our youth programme,” said Alba general manager Marco Baldi: “The Alba family has lost a friend and long-time companion today.”

After persistent back problems, Okulaja had missed the Olympic qualifying tournament in Athens and also Beijing 2008. A little later it turned out that a tumour had caused a fracture of the seventh thoracic vertebra – paralysis was imminent. I was super lucky,” said the winger later, “I did not return to the pitch.

Bamberg parted ways with Okulaja in the summer of 2009 despite a running contract, a year later he announced his career end and later looked after NBA pro Dennis Schröder, among others, as manager. Okulaja, the son of a German and a Nigerian, played his last international game in September 2007. Okulaja scored 1794 points in the national jersey and played in six European championships.

“We will always fondly remember the fighting and never giving up Ademola who always left it all on the field. May he rest in peace,” Weiss said. “Way too soon… Take care up there!”, Brose Bamberg tweeted in reaction to the terrible news. FC Bayern also mourned: “Rest in peace, Warrior!”