More salary and an exit clause: New contract for Nkunku 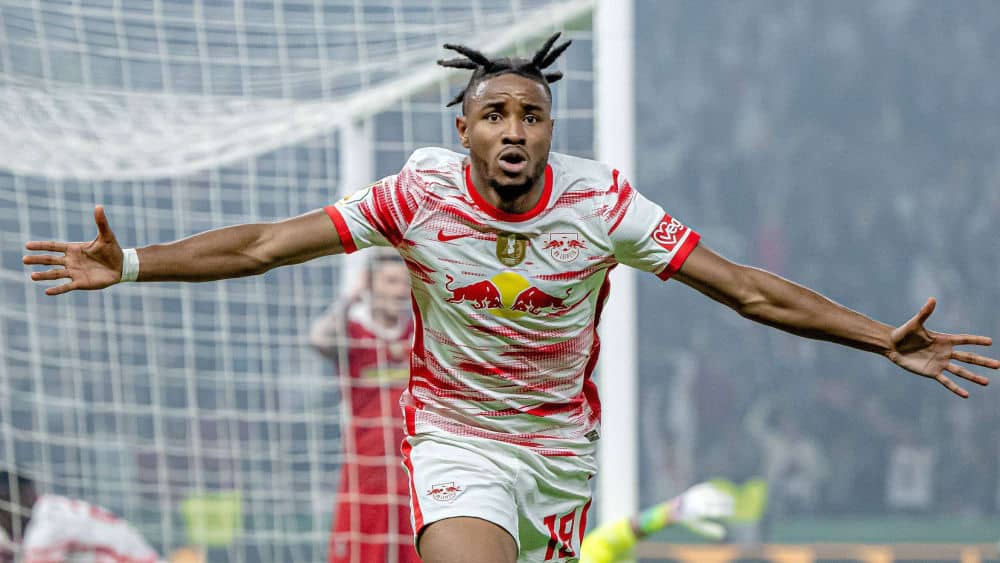 Despite top-class interested parties such as Paris St. Germain or ManUnited, Christopher Nkunku is to remain at RB Leipzig. And will receive a new, better-paid contract in return.

Top goal scorer Christopher Nkunku is on the verge of a contract extension at RB Leipzig. Leipzig’s club boss Oliver Mintzlaff has repeatedly stressed in recent weeks that the Frenchman, who has been heavily courted by Manchester United and his hometown club Paris St. Germain, will also wear the Leipzig jersey in the coming season.

Exit clause beyond the 60-million-euro mark

Both sides have agreed in principle on a redrafting of the employment contract originally dated until 2024. In the new contract, not only are the salaries of the attacker, who was brought from Paris in 2019, significantly increased, but it also includes an exit clause that will take effect for the first time in the summer of 2023, which would make Nkunku, who was signed for 13 million euros, the most expensive transfer in RB history if he leaves. This mark has so far been held by Naby Keita, who moved to Liverpool FC four years ago for €60 million.


Nkunku’s retention is an elementary building block in Leipzig’s efforts to make only selective changes to the squad this time after the major upheaval a year ago. With 57 scorer points (35 goals, 22 assists) in 52 competitive games, the nimble Frenchman was the guarantor for RB’s renewed qualification for the Champions League, advancing to the semi-finals of the Europa League and crowning the season with the DFB Cup victory.