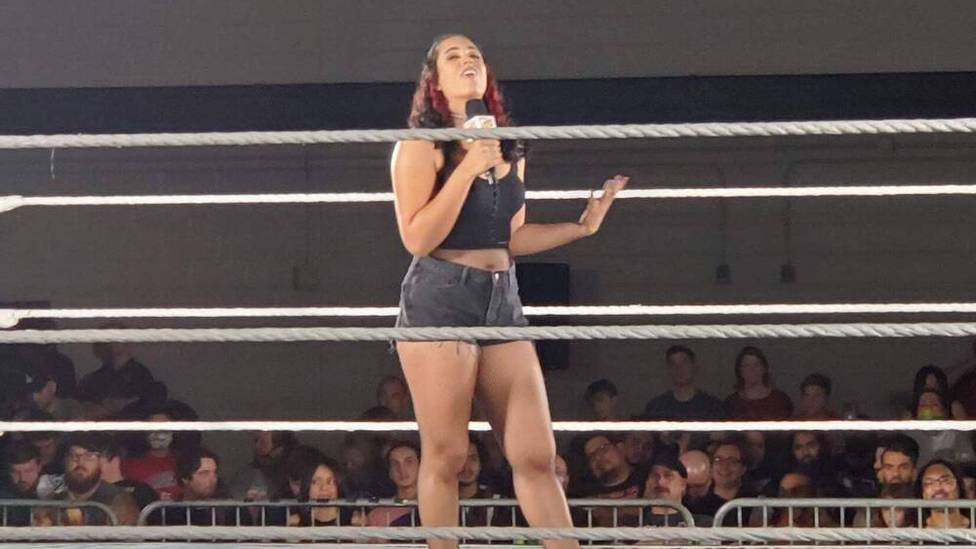 Ava Raine aka Simone Johnson – the daughter of Dwayne “The Rock” Johnson has made her first WWE appearance. Already the interest in her is huge.

Her father was a wrestling icon and is now possibly the most famous actor in the world – now she is taking her first steps in his footsteps.

Simone Johnson, daughter of Dwayne “The Rock” Johnson, made her first appearance in front of a WWE audience over the weekend.

As “The Final Girl” Ava Raine, as the 20-year-old is now known, she made her first appearance at the build-up NXT shows in Florida over the weekend, addressing fans with promo speeches. Her TV debut for the show-fighting empire currently rocked by the sex and hush money scandal surrounding longtime boss Vince McMahon may only be a matter of time.

Simone Johnson is the daughter of Dwayne “The Rock” Johnson

Simone Johnson is the eldest child of the “Great One”, born of his first marriage to his college sweetheart Dany Garcia – still his business partner today, who runs the production company Seven Bucks and the football league XFL with him, among other things.

Born in 2001, Simone signed with WWE in 2020 and began training at the Performance Center in Orlando, continuing a family tradition: even The Rock’s grandfather “High Chief” Peter Maivia was in the ring for the former WWF, as was father Rocky Johnson, who passed away in early 2020.

Just as her father was the first third-generation WWE wrestler, Simone is now – across genders – the first fourth-generation star.

WWE euphoric after first impressions.
The newest member of the Maivia Johnson clan – which also includes Rock cousin and former women’s champion Nia Jax – has made an early impression on WWE officials.

Johnson’s old WWE rival “Triple H” Paul Levesque – now on WWE’s board of directors – was quick to highlight her “unbridled passion and incredible motivation”, with which she would have excelled in early workouts.

“She’s only been here a short time, but she’s really hitting the ground running,” head trainer Matt Bloom (A-Train) also praised, with assistant Sara Amato adding that Johnson has a perceptiveness “like a sponge” that soaks up knowledge.

Ring debut as Ava Raine seems to have taken

In September 2020 Simone Johnson was set back by knee surgery, that her debut was now approaching was foreshadowed back in May when she was given the new name.

Unlike her father – who originally called himself Rocky Maivia – the name Ava Raine has no connection to her family history, possibly also to ease the ominously high burden of expectation that comes with it. She already has over 400,000 fans following her on Instagram.


Father Dwayne could also reappear in WWE next year, for WrestleMania 39 in the Super Bowl Stadium in Los Angeles a duel of the generations with Universal Champion Roman Reigns is being discussed, possibly then the last wrestling match of the now 50-year-old – whose heiress is apparently soon ready.