HomeMotorsportsMax Verstappen on Ferrari: "Nobody makes mistakes on purpose"
Motorsports

Max Verstappen on Ferrari: “Nobody makes mistakes on purpose” 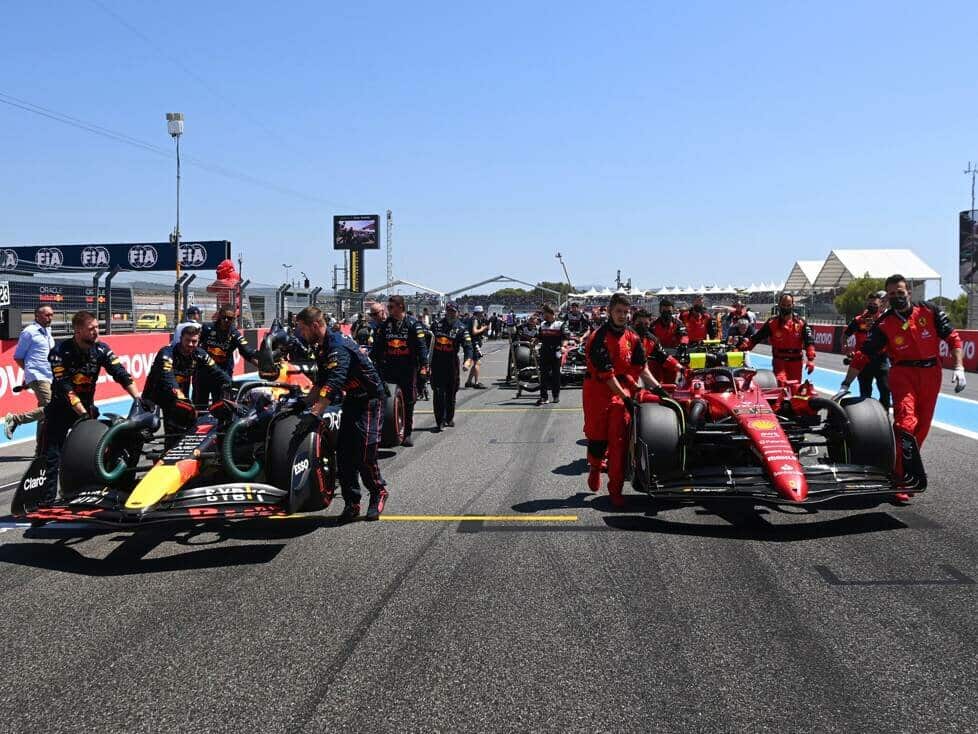 As the 2022 Formula One summer break begins, how Max Verstappen assesses the World Championship situation and his take on Ferrari and Mercedes’ recent performance

After eight wins from the 13 races so far in the 2022 Formula One season, Max Verstappen is the superior World Championship leader. The lead at the summer break: 80 points over Charles Leclerc. But Verstappen stresses that the Hungarian Grand Prix at the Hungaroring near Budapest in particular showed him how important the no-fault job will be in the final phase of the year as well.

In Hungary, Verstappen ran into technical problems in qualifying on Saturday that left him only tenth on the grid. “We can’t afford many days like that,” he says. “And even on Sunday there were some minor problems like the clutch and upshifting. That wasn’t so great to drive.”

While Red Bull are in a “good place overall” and their lead in the Formula One drivers’ standings is “of course good”, Verstappen says “we have to keep our eye on the ball here and see that we improve things”.

After all, the result from Hungary does not reflect the true competitiveness of the top teams either. “Because Ferrari took the wrong tyres in the [second] stint before they then came back in. Before that they were quite strong. So it was just about being on the right tyres,” Verstappen explained.

Such “small details” could also be decisive in the remaining races. That’s why it’s “incredibly important in the title fight” to be able to rely on the team and strategy department as a driver. “Because you can’t afford any mistakes there. “

“Of course, it’s incredibly difficult to always be right. Let’s put it that way. But we have some very good guys and girls in the team,” Verstappen says, emphasising, “Our strategist Hannah [Schmitz] was incredibly calm [in Hungary]. She’s very good.”

Ferrari, meanwhile, have repeatedly acted less than ideally strategically. So could the competition be said to have indirectly contributed to the large gap in the WRC? “Difficult to comment on that,” Verstappen says. “Nobody makes mistakes on purpose. Everyone always strives for the best result. That’s what the team and I do. “

How Mercedes are helping Red Bull in the title fight

“Sometimes,” Verstappen continues, “you do better than on other weekends. And we have also dropped a few points due to problems. But I find it difficult to say Ferrari helped me, because the bottom line is you always have to perform with your own team first. But sometimes that’s more difficult.”

For example, when suddenly a third team is involved in the top three, as Mercedes have been in recent races. Verstappen explicitly welcomes that, but not for the sake of tension: “That way they can take more points away from Ferrari! That’s why I’m happy. Mercedes are doing well.”

However, he does not want to rely on that, but demands further optimisations on the RB18 from his team Red Bull: “There are still a few areas where we can get better. That’s why we have to make the car faster in the future as well. “