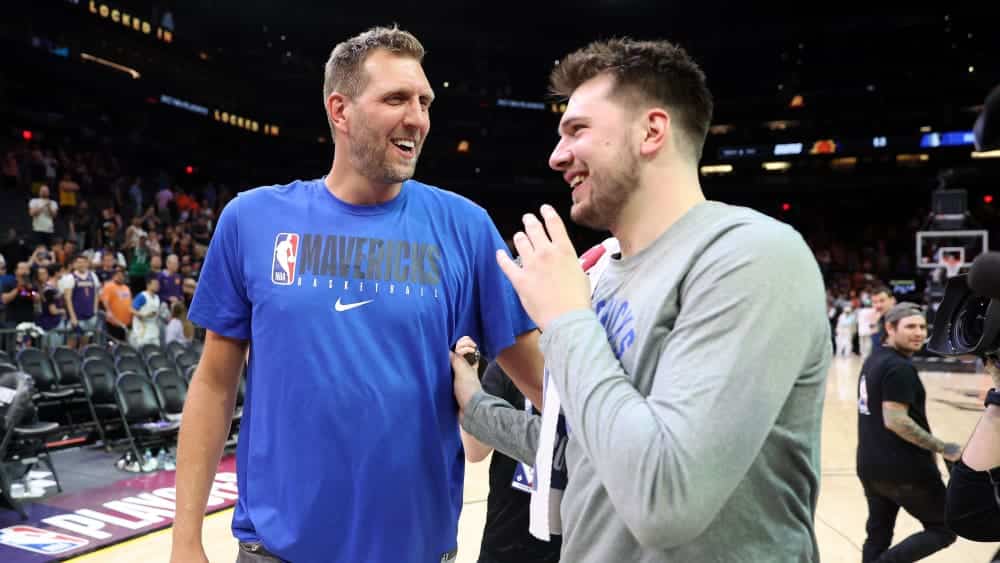 Dirk Nowitzki is seeing his heirs do great things live with the Dallas Mavericks. The Texans are in the semi-finals for the first time since 2011 after a win in Phoenix. Nowitzki’s successor Luka Doncic is once again on top form.

Nowitzki and Doncic were in each other’s arms with big grins after the game. The Dallas Mavericks had just dominated the Phoenix Suns 123-90 in the deciding seventh game of the second round of the playoffs to advance to the Western Conference Finals for the first time since 2011, when Nowitzki led the Mavs to the championship.

“What did I tell you?!” joked Nowitzki with some other Mavs players like compatriot Maximilian Kleber on the court. The German basketball legend was on hand to watch the Mavericks’ away game in Phoenix and saw the Mavs take a 30-point lead into halftime. “Let’s go Mavs’ chants can be heard here,” an astonished Nowitzki wrote on Twitter about the crowd response at the Suns’ home court, where many said goodbye early or booed their own team because of the clear deficit.

Doncic was happy to have clinched the win in front of Nowitzki. “When you see Dirk on the sidelines at an away game, it gives you confidence,” Doncic explained at the press conference. The point guard excelled with 35 points – by halftime he had already scored as many as the entire Suns team with 27 points.

“He’s Luka. He loves this stage. The bigger it gets, the better he plays. He set the tone,” Mavs coach Jason Kidd praised his charge. “I like these games: There’s pressure, we were the underdog, but we all believed in it,” said Doncic, who is Slovenian. Over the entire playoff series against the Suns, he was the dominant player, averaging 32.6 points, 9.9 rebounds and 7.0 assists.

“I can’t get the smile off my face,” Doncic said gleefully about the win and advancing. The home team had always won the first six games of the playoff series before the Mavs came away victorious in the decisive seventh game away from home. “The team was unbelievable. I can’t remember when an away team has done that in a seventh game,” added the Mavericks star and Nowitzki’s legitimate successor.