HomeMotorsportsMaverick Vinales laughs at rumours: "Retirement? Not even joking!"
Motorsports

Maverick Vinales laughs at rumours: “Retirement? Not even joking!” 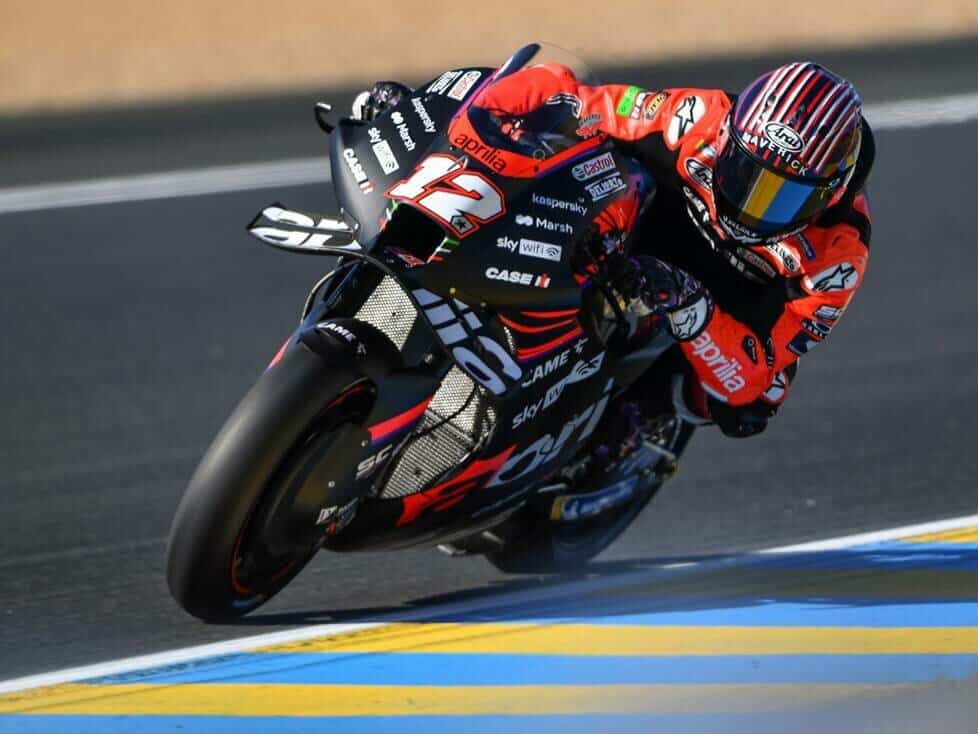 Maverick Vinales feels comfortable at Aprilia and wants to stay involved in the project – With every race he makes progress, but it takes time

Aprilia is riding a wave of success with Aleix Espargaro. At Le Mans, the Spaniard finished third on the podium for the third time in a row. In addition, there was the big breakthrough with the victory in Argentina.

Team-mate Maverick Vinales has not yet been in the mix in the top group, but Aprilia has taken the lead in the team standings from Suzuki after seven races. Vinales’ best result of the season was seventh in Argentina.

The Spaniard also finished tenth in the USA, Portugal and France. The change from the in-line four-cylinder of the Yamaha to the V4 engine of the Aprilia takes longer than Vinales himself thought. Especially in qualifying he is still struggling.


“Every time I feel better. But I think we still need to make changes in the ergonomics because I still feel a bit uncomfortable.”

“But step by step I feel better. With every race I make a progress. I think that in the end my riding style will adapt to this bike. But it takes time. I also need to understand this bike so that the bike does what I want.”

The contract between Aprilia and Vinales expires at the end of the season. With Alex Rins and Joan Mir, there are two top riders on the market. Vinales feels the exit of Suzuki is “very sad”. He made his MotoGP debut with Suzuki in 2015 and celebrated his first victory in 2016.

The Aprilia RS-GP has become a sought-after bike. Is Vinales therefore getting more pressure that he could lose his place if he doesn’t catch up with Espargaro soon? “For me, little changes,” he says. “I am happy where I am at the moment.”

“I want to improve. The bike can be very good and has a lot of potential. I want to continue with this project. I like the bike, I like the team and how we approach everything. That sounds different from some of the rumours that have been circulating around the paddock recently. They were that Vinales will end his career because he wants to spend more time with his family in the future. He also regularly pushes the pram around the paddock.

“No, no. No way,” the 27-year-old laughs at these rumours. “I still have a big desire! I know it’s a long process to adapt to a completely new bike. I’ve been riding Japanese bikes for seven years, which are completely different.”

“It just takes time. In some practices I’m in the front. That means when I have internalised all the automatisms, I will be able to do things that were not possible until now. I’m looking forward to it!”