HomeEsportsMario Strikers: Battle League Football: "Like football - only with an electric...
Esports

Mario Strikers: Battle League Football: “Like football – only with an electric fence and no rules…” 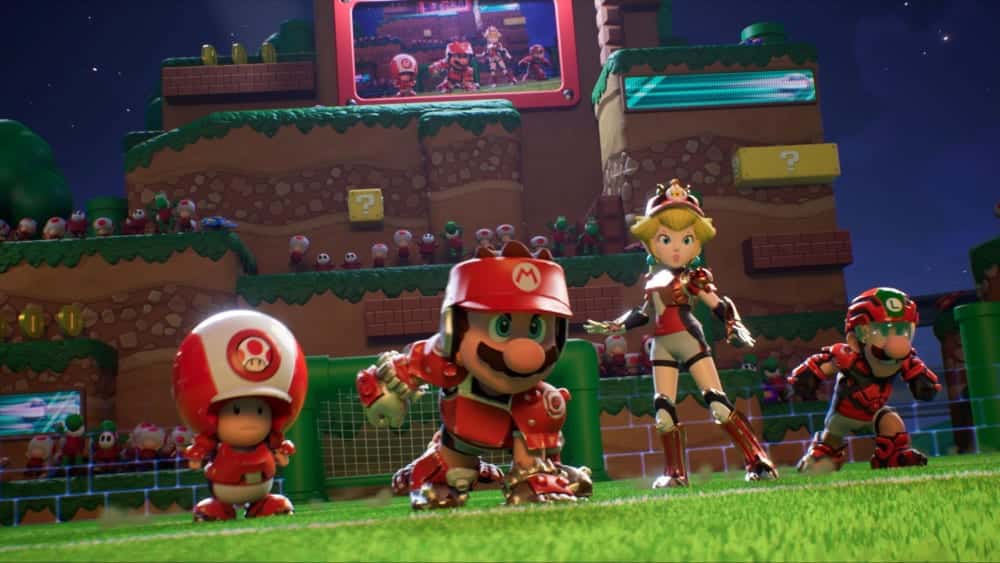 With Mario Strikers: Battle League Football, Nintendo is bringing a football game onto the market again after 15 years. A new trailer provides an impression of the modes or features with which you can annoy your opponents.

On 10 June, Mario and Co. will lace up their football boots again. That’s when Mario Strikers: Battle League Football, the third part of the football series, will be released. However, you can’t expect a simulation, Strikers “is like football – only with an electric fence, no rules and full of intense 5-against-5 battles,” says the new trailer.

Just like in real football, the goal is simple and clear: score goals and prevent your opponents from scoring. To achieve this, you can reach deep into your bag of tricks.

On the one hand, with “brute tackles”, because there are no referees in the game. On the other hand, as in Mario Kart, you can also use items. So if you love to frustrate your opponents with tanks and bombs in Mario Kart, you will also enjoy Battle League Football.

That would be a real innovation: many of the features presented are otherwise simply the same as in “Mario Smash Football”, which was released in 2005.

If the goalkeeper is the only thing standing in your way, you’ll have to get past him first. A safe goal is made possible by the “hypershot”. You can trigger it by collecting an item called a “strike ball”. Then it’s just a matter of charging up, hitting the right zone with the beam, sitting back and enjoying the cutscene as your avatar scores the goal. Hits from the hypershot count double, by the way.

You can choose from a total of ten characters for your team, such as Mario, Waluigi, Bowser and Co. Each has different values in speed, strength, shooting, passing and technique.

In the “Strikers Club”, you can compete both alone and with friends. The motto: collect points, climb the ranks and play one league higher a season later. However, it is not yet known whether Mario and Co. will also lace up their football boots in official eSports tournaments.