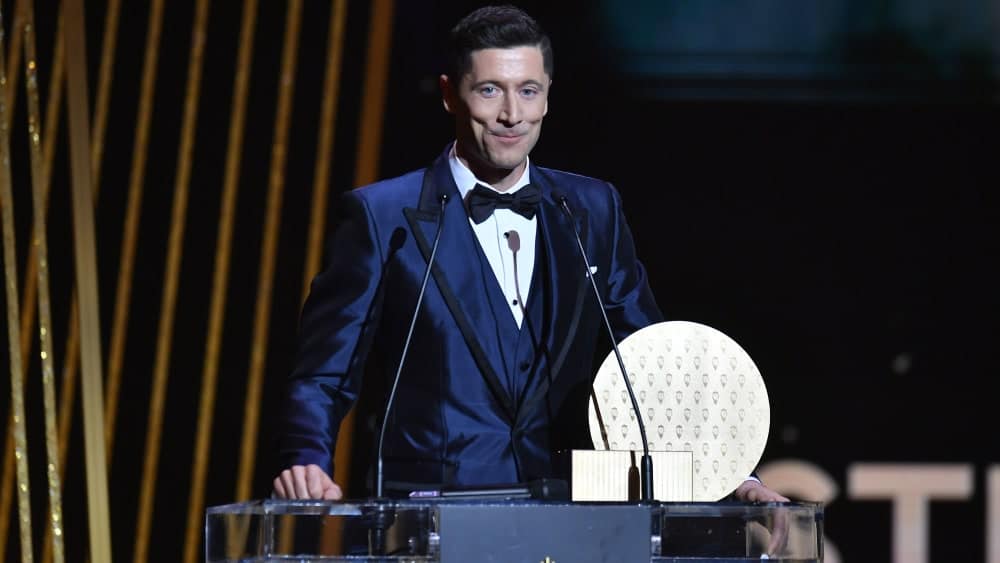 Robert Lewandowski scored the most goals last season. For this, the Pole receives the first edition of the “Müller Trophy”, which he had already received last year under a different name.

2020/21 Lewandowski had snatched the Bundesliga record for the most goals in a season from Müller, who died the following August – 40 goals became 41 – now the Pole was awarded the first “Müller Trophy” at the Ballon d’Or ceremony.

This award goes to the player who scored the most goals for club and national team in the past season – the 34-year-old scored a total of 57 times for FC Bayern (50 goals in 46 games) and the Polish national team (seven goals in ten games).

Although Lewandowski is a premiere winner under this new name, he is also defending the title to a certain extent. The attacker, who has moved to FC Barcelona, received the award under a different name (“Striker of the Year”) last year, probably as a kind of consolation prize, while Lionel Messi was controversially awarded the Ballon d’Or.