HomeBasketballLeBron without a basket: Lakers take a beating - Kawhi back after...
BasketballBasketball NewsNBANBA News 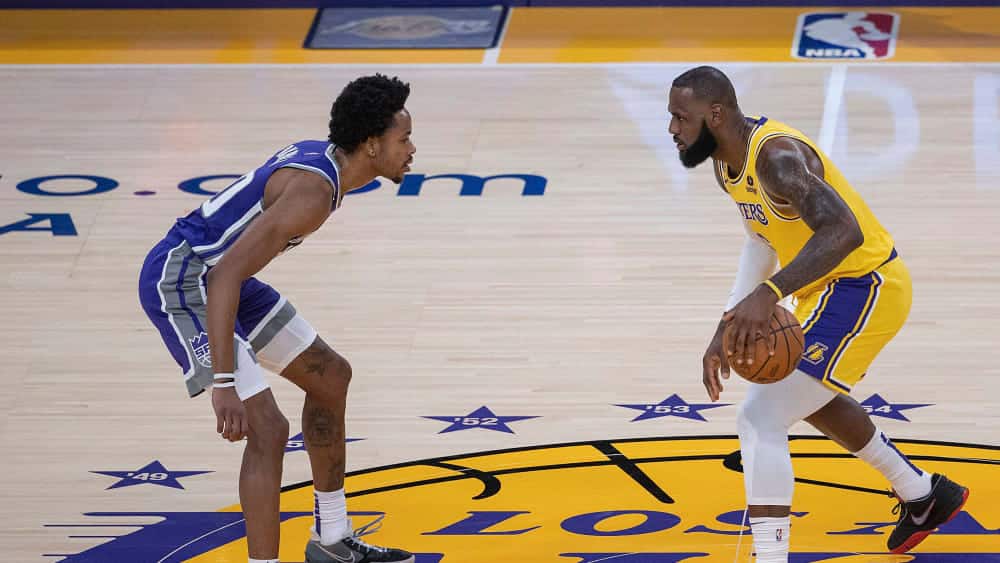 The Los Angeles Lakers lost the Californian duel with the Sacramento Kings. LeBron James did not put the ball in the basket once out of the game. Kawhi Leonard celebrated his long-awaited comeback in the Clippers’ uniform.


With Dennis Schröder still out of the line-up, the Los Angeles Lakers suffered a tough defeat at the start of their preparation for the new NBA season. The team of new coach Darvin Ham lost to the Sacramento Kings 75-105 on Monday (local time).


German national team captain Schröder (29) is still waiting for his visa and is in Germany, not due to leave for the USA until Wednesday. The player from Braunschweig had signed for a year with his former club shortly before winning the bronze medal at the home European Championships.

Superstar LeBron James missed all seven of his shots from the field and the four-time NBA champion scored his four points at the free-throw line. Anthony Davis was the Lakers’ best scorer with eleven points, while Keegan Murray (16) stood out for the Kings.


Scotty Pippen Jr. (4 points), son of Scottie Pippen who won six titles with the Chicago Bulls alongside Michael Jordan, made his debut for the Lakers. The season begins on October 18, with L.A. starting at the Golden State Warriors.

Kawhi back on the court

With the Lakers’ cross-town rivals Clippers, Kawhi Leonard made his long-awaited comeback after a 15-month layoff. The star forward of the Californians was delighted with a three-pointer after just a few seconds of action and the 102-97 victory over the Portland Trail Blazers. In the end, Leonard, who had been out due to a torn cruciate ligament, had eleven points and four rebounds in the box score.

Leonard wasn’t the only one returning to the court. Other long-missing stars are active again. Jamal Murray of the Denver Nuggets played his first game in 539 days, Ben Simmons (Brooklyn, 470 days) and Damian Lillard (Portland, 276 days) were also back in the hunt.