HomeEsportsLeague of Legends MSI 2022: The pros play with these champions
Esports

League of Legends MSI 2022: The pros play with these champions 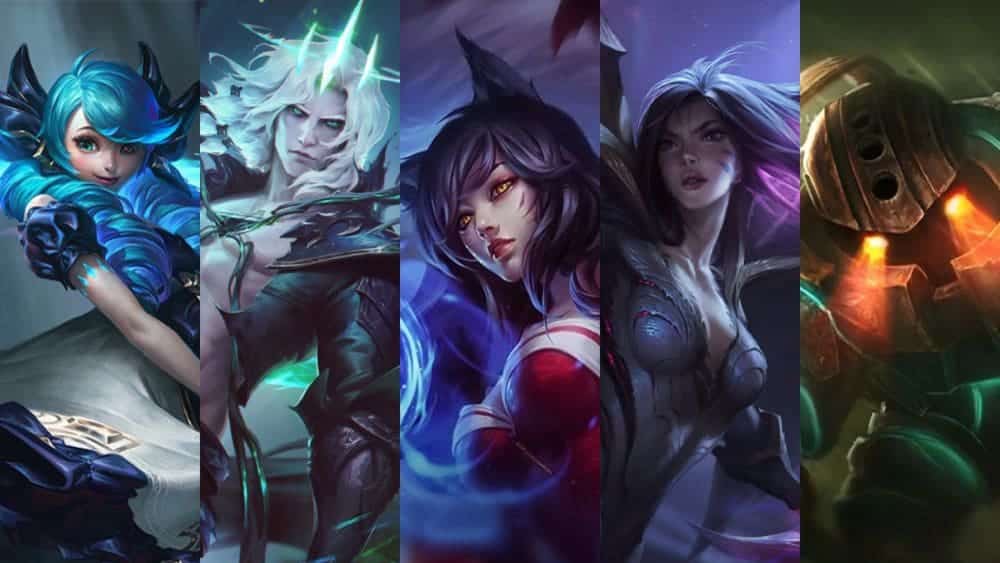 The best teams from all LoL regions in the world will gather at MSI 2022. Always interesting for fans: Which champions will the pros play with at the tournament?

The final at MSI 2022 is coming up. In one of the most important LoL tournaments of the entire year, the biggest names in League eSports will be there. For followers, apart from the spectacular play of their idols, one thing is also of enormous importance: which champions are played most often by the pros?

MSI 2022: The most frequent champion picks

Let’s get started with the top lane. For the eSportsmen at MSI, Gwen is the clear favourite here. She has played 34 games so far. No wonder that she is also among the champions who are banned most often and thus may not be selected. She has already been denied 20 times. If she is selected, however, she has a win rate of 63 per cent, the highest at this year’s MSI.

In the Jungle, Viego is the most popular champion (35 picks). What is surprising is his very weak statistics in terms of wins: he could only win just under 29 percent of his bets. Nevertheless, if you want to see Viego play at world-class level, you should watch highlights of RNG’s Yan ‘Wei’ Yang-Wei. In his five matches with the champion, he comes up with a win rate of 80 per cent. The 19-year-old Chinese is in top form at the MSI and has the highest KD of any player.

On the mid-lane, superstar Lee ‘Faker’ Sang-hyeok is at home. His favourite choice Ahri is picked there most often (25 games). But with 44 bans, she is also among the characters who have been banned the most. Only ADC champion Lucian (66 bans) has been denied more often. Ahri comes in with a win rate of 60 per cent. ‘Fakers’ second favourite pick is Twisted Fate. He is a solid pick for all LoL pros when Ahri has been banned. With 19 games played, he ranks second among the mid-lane favourites.

The bot lane is dominated by one player in particular at MSI: Chen ‘GALA’ Wei is the only player to have managed a penta-kill (eliminating the entire opposing team) in this year’s tournament so far. His favourite is Kai’Sa, with a total of 24 picks she is also the top ADC choice. Hardly any other player dominates her like ‘GALA’: he was able to win all four games with her. It is better not to let the 21-year-old compete with her.

When it comes to support, i.e. the team’s supporting unit, Nautilus (30 games) makes the running just ahead of Leona (27 games). Nautilus was even used as ADC in one match. Again, a representative from RNG does the best job with this champion. Shi ‘Ming’ Sen-Ming was able to select Nautilus six times and won all matches with him.

Which champions the LoL elite will choose in the final can be followed on Sunday at 10:00 a.m. German time on the LoL Esports YouTube channel.