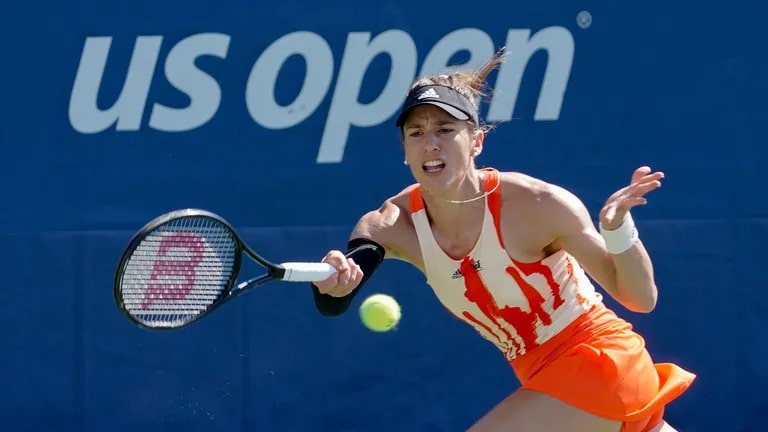 As Andrea Petkovic desperately struggled with her many emotions at the farewell, Jule Niemeier also felt for her. “It took a lot out of me, I had to shed a few tears,” Germany’s last tennis hope at the US Open in New York said about her mentor, “because we’ve known each other for a long time and I’m also extremely sorry. “

Niemeier herself had prevented a complete first-round debacle from Germany’s point of view with a convincing 7-6 (7-3), 6-4 win over Sofia Kenin from the USA. All the other seven German starters lost their opening match at the last Grand Slam tournament of the season, and in the men’s singles, for the first time in 38 years, no German professional has reached the second round of the US Open.

“The fact that everyone else lost is no disgrace,” said Wimbledon quarter-finalist Niemeier, explaining it as the “extremely difficult draw”. Oscar Otte, who clearly lacked rhythm in his first match after knee surgery against the eighth seeded Pole Hubert Hurkacz (4:6, 2:6, 4:6), also did not want to hang the negative statistics “too high”. Without Olympic champion Alexander Zverev, who is still behind in training after his serious injury, and the pregnant three-time Grand Slam tournament winner Angelique Kerber, things could “go badly”.

Niemeier was happy with the statistics. Her strong performance on hard court against Kenin, after all the Australian Open winner in 2020, raised hopes of a similar success as recently on grass at Wimbledon. “I’m very happy with the match and how I performed: very calm and clear in the things I wanted to do,” said the 108th-ranked player in the world. She said she was “very happy that I could confirm a little bit my good performance from Wimbledon. “

In the second round on Thursday, the dynamic player from Dortmund will face Kazakhstan’s Julia Putintseva, who defeated 24th seed Amanda Anisimova from the USA. Niemeier stressed that being the only remaining German participant was “in no way” a burden on her: “I realised at Wimbledon that I really enjoy playing on the big stage and against big names. That doesn’t intimidate me – and that is extremely important. “

Petkovic, who gave Olympic champion Belinda Bencic of Switzerland a tough fight in her last Grand Slam match after a very nervous start and narrowly lost 2-6, 6-4, 4-6, has a lot of confidence in the youngster. “I believed in Jule Niemeier before anyone had her on their radar,” the 34-year-old emphasised. She attested Niemeier the potential for an “absolute top-20 player”.

“She used to help me extremely,” Niemeier said of Petkovic: “She always encouraged me.” She admires Petkovic’s passion, “she always left everything on the court.”

Petkovic is stepping down after 16 years on the professional tour and 48 Grand Slam tournaments, Niemeier is moving even more into the limelight – the generational change in German women’s tennis is also taking place at the US Open. Petkovic herself even wants to help with this. “I already started training a lot with the girls last season,” said the seven-time WTA tournament winner. Niemeier also wants to continue learning from her: “Of course I hope she will stay in tennis and support us. “