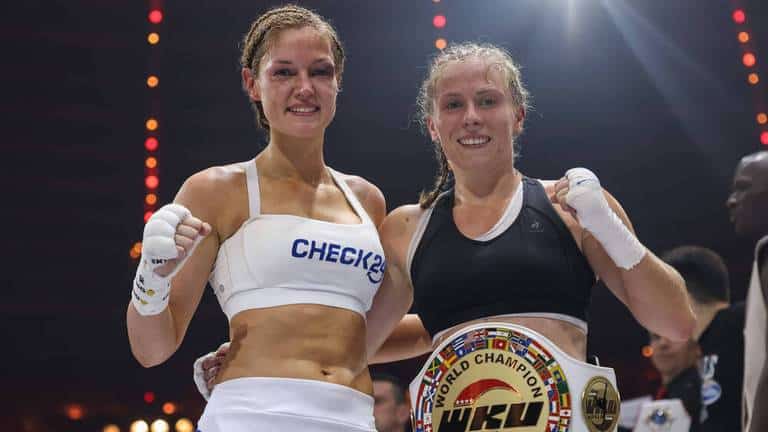 Kickboxer Marie Lang concedes defeat in the last fight of her career. Nevertheless, she looks back with pride on what she has achieved.

In the last fight of her so successful career, the 35-year-old lost on points against the Belgian Kelly Danioko, who stepped in at short notice, at the Zirkus Krone in Munich and thus conceded only the second defeat in the 39th duel.


The only previous defeat was against Michaela Michl in March 2021, otherwise she won all her fights.

“I’m not going to let this defeat ruin what I’ve achieved in the last few years,” Lang emphasised to Bayerischer Rundfunk after the fight: “It’s just okay for me to say I’m quitting now – regardless of whether I win or lose.”

At the beginning of the year, the trained fashion designer had a precancerous lesion discovered on her cervix, shortly after which Lang underwent successful surgery – and started preparing for her last fight.

The fact that this was not successful also saddened her long-time trainer Mladen Steko.

“Of course you wish for a different ending,” he said about the unsuccessful sporting conclusion of Lang’s career, “but that’s sport – even if it hurts”.