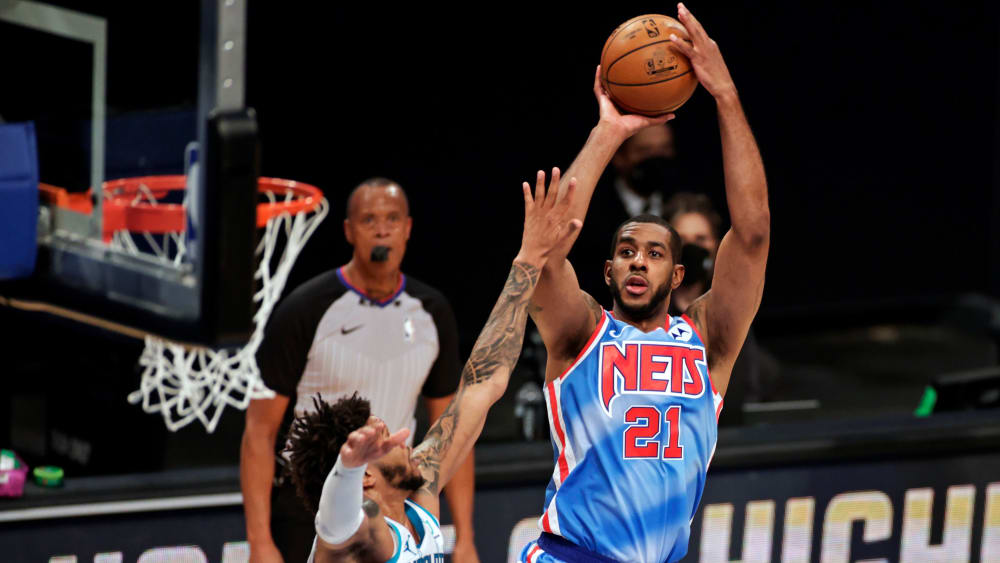 About five months ago LaMarcus Aldridge announced his career end due to health reasons. The 36-year-old will return to the parquet for the new season.

With the words “15 years I put basketball first”, LaMarcus Aldridge ended his career via Twitter in April this year. The reason was cardiac arrhythmia during a game and the night after. Late last week, however, he now announced his comeback in a statement to ESPN.

“I’m looking forward to getting back in the championship hunt with the team. “

The seven-time All-Star played for Portland and San Antonio in his career before joining Brooklyn in March. Aldridge played just five games for the Nets, posting 12.8 points, 4.8 rebounds and 2.2 blocks per game. The Brooklyn Nets have now offered the NBA veteran a one-year contract worth 2.5 million dollars. Together with his MVP-calibre teammates like Kevin Durant, James Harden and Kyrie Irving, the goal is clear: championship.

Aldridge was already diagnosed with Wolff-Parkinson-White syndrome in 2007, which can cause a rapid heartbeat. Nevertheless, the decision to make a comeback was easy for him. The reason: several tests by “top doctors” who convinced him that he could continue to play in the NBA. Thus, the 2.11-metre power forward will enter his 16th NBA season in October with 1029 games under his belt.