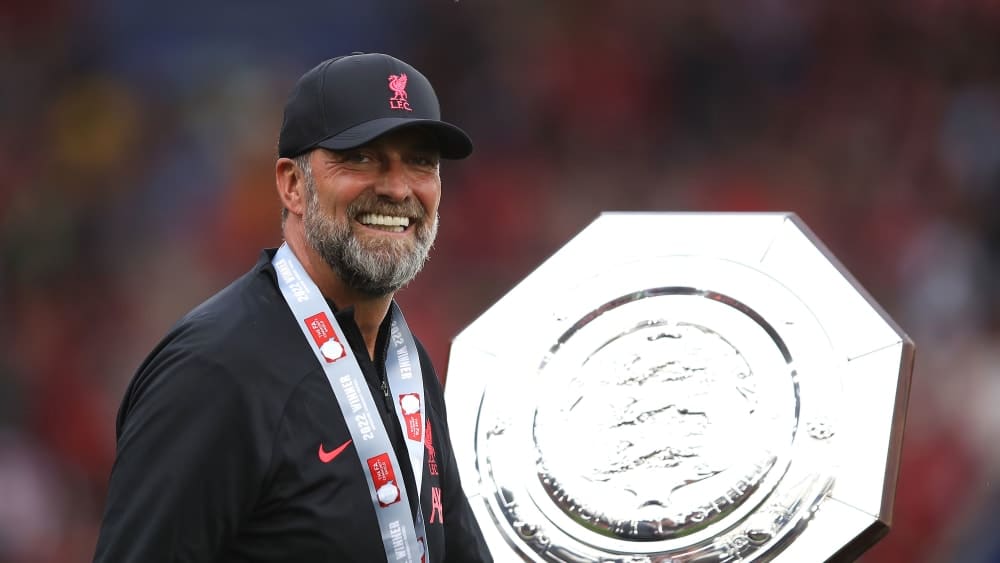 At promoted Fulham, and only perhaps with star buy Darwin, Liverpool FC start a season that Jürgen Klopp is only partly looking forward to.

He was in a good mood, a visibly refreshed Jürgen Klopp assured at the start of a press conference, although that was to change in the course of it.

“Every season is different, you never know what will happen,” Klopp opened on Friday – except perhaps that his LFC will also start this season against a promoted team. Fulham FC, who host the Reds on Saturday lunchtime, are not just any promoted side, he said.

“Playing football to get promoted from the Championship” impressed the runners-up coach a lot. So really actively playing, the now 55-year-old added, because of the normally quite physical pace in the English lower house. But however great the respect for the promoted side once was, it may have diminished somewhat at a certain point.

“Fabio was an important part of this team,” says Klopp, who now counts new signing Fabio Carvalho among his own squad. The “great talent” is already doing very well in the squad – “he will also be an important player for us”.


And certainly new striker Darwin, who unlike Diogo Jota and Ibrahima Konaté, who are out for “several weeks” and “a while”, is “ready”. However, this does not mean “that he will play from the start on matchday 1”.

The squad width and its necessity should finally steer Klopp’s performance on Friday in a direction that made him barely enjoy the first matchday PK of the new season. Because it is the very season that is being interrupted by the controversial Winter World Cup in Qatar.

“That really upsets me, you also upsets me,” Klopp addressed the journalists, who asked him questions about the “World Cup season” that were too substantive for his taste and who had long since stopped reporting critically enough on the problems. Particularly with regard to stress.

“Everyone knows it’s wrong, but people hardly say it anymore,” the coach faulted. “Preferably you want to see the top players all the time, but it doesn’t work like that. It’s a bit like the climate.”

If it were up to Klopp, the big media and especially the big federations should get together again and decide in the sense of the people who are “most important in football: the players.” The World Cup was taking place “at the wrong time – and for the wrong reasons,” Klopp concluded with a smile that was more exasperated than satisfied. “But it’s all good.”