HomeNBAKevin Love Commits to Cleveland by Signing a €102.5 Million Extension with...
NBANews

Kevin Love Commits to Cleveland by Signing a €102.5 Million Extension with the Cavs 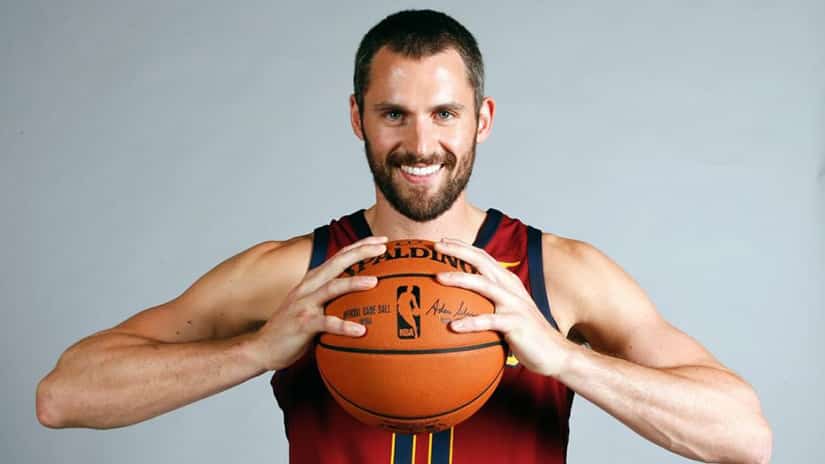 Losing LeBron James for the second time was painful for Cleveland, yet expected. Owner Dan Gilbert and general manager Koby Altman had a choice to make. Either rebuild or stay competitive. The choice largely depended on Kevin Love’s presence on the roster. He opted out of the 2019-20 season on his current five-year deal, so this would’ve been his last season with the Cavs, bar a contract extension.

A contract extension was offered in the form of a €102.5 million four-year deal and was gladly accepted by the thankful Kevin Love.

“I’d like to thank the Cleveland Cavaliers organization, [owner] Dan Gilbert and Koby Altman for having their trust in me and believing in our future,”

He even took €6.85 million less than the full max in order to give Cleveland some flexibility at the back end of the deal.

The announcement was made during a signing ceremony at Quicken Loans Arena in which Altman praised Love and his character.

“We are very excited to announce Kevin’s long-term commitment to the Cavaliers and Cleveland,”

“Collaboration and winning matter greatly to Kevin and that was reflected in this extension.”

Kevin Love now becomes the centrepiece of the Cavs future, the player this organization will build around.

“Kevin’s talent and character are both at a very high level and he has earned his role at the centre of what we want to do moving forward.”

The commitment takes Love down memory lane to when he entered the league. The situation in Cleveland at the moment is similar to what he encountered upon joining the Minnesota Timberwolves. The roster then and the roster now are very much alike. Remaining competitive in the Eastern Conference is far simpler than in the West. However, in order to ensure playoff basketball, the Cleveland Cavaliers still need a couple of roster upgrades.

Nevertheless, securing Kevin Love long-term makes the pain of LeBron James’ departure bearable. The five-time All-Star has averaged 18 points and 11 rebounds in his 10-year career and shot 41.5 percent on 3-pointers last season, the second-highest percentage of his career. He has battled injuries over the past two seasons, something the Cavs will be hoping remains in the past going forward.