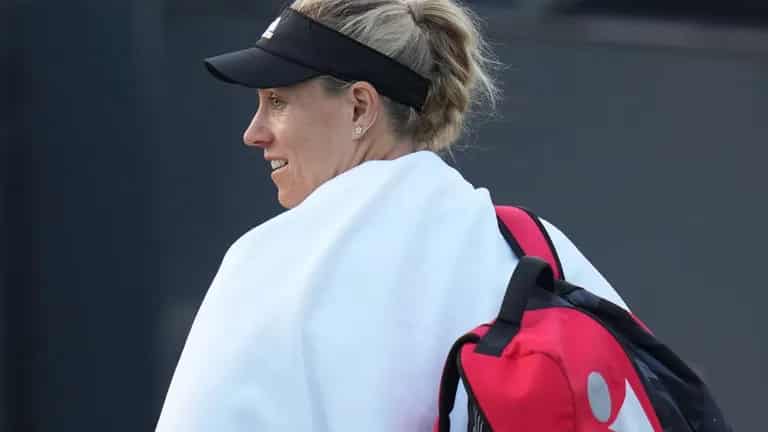 The 34-year-old German 2018 Wimbledon champion’s first-round match against Russia’s Anastasia Gasanova was abandoned at 4-2 in the first set on Monday evening. The grass had become too wet. The match will be continued the following day.

Due to rain showers, there had been delays lasting for hours. Kerber was only able to take to the centre court after a delay of more than four hours. For her, the tournament in Bad Homburg is the last preparation for the Grand Slam tournament in Wimbledon from 27 June to 10 July. If she wins against Gasanova, she would meet the Italian Lucia Bronzetti in the round of the last 16 players.

Of the six German main draw participants, Tatjana Maria beat Russian Anastasia Potapova 6-3, 5-7, 6-3 and Jule Niemeier beat Claire Liu of the USA 6-2, 6-2 to reach the last 16 despite several rain interruptions. Local hero Andrea Petkovic was eliminated the day before. The player from Darmstadt lost to Darja Kassatkina (Russia), who is ranked twelfth in the world.