It’s Official: Cristiano Ronaldo Will Play for Juventus Next Season 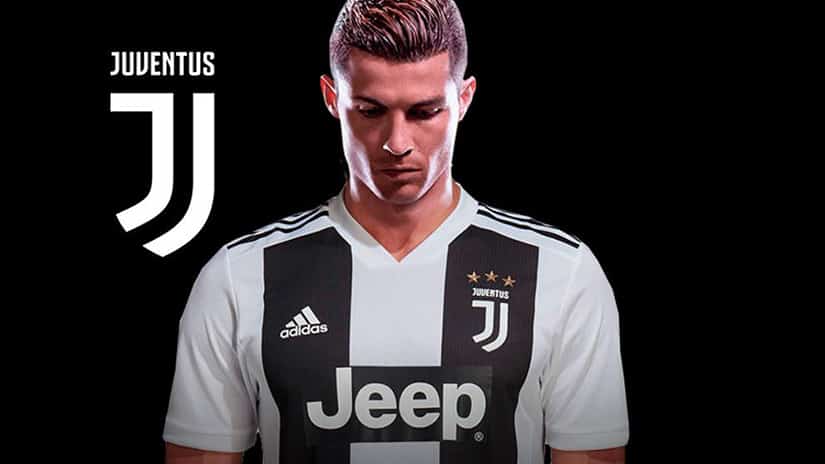 The speculation is over. Juventus president, Andrea Agnelli flew to Greece yesterday to finalise the deal which will bring Cristiano Ronaldo for €120 million.

An official farewell letter by Cristiano Ronaldo was posted on Real Madrid’s website where he thanked the club for “nine absolutely marvellous years”.

“The years I’ve spent at Real Madrid and in the city of Madrid have possibly been amongst the happiest of my life.”

“I have only feelings of great thanks towards this club, these fans and this city. I can only but thank all of them for the kindness and affection I’ve been shown.”

Ronaldo joined Real Madrid from Manchester United ahead of the 2009/10 campaign for €94 million, a world record transfer fee at the time.

“I’ve shared the pitch and dressing room with some amazing teammates, I’ve felt the affection of an incredible fan base and together we lifted three successive Champions League crowns and won the competition four times in the space of five years. Alongside these successes, on an individual level, I’ve had the satisfaction of having won the Ballon d’Or four times and the Golden Shoe on three occasions. Everything during my time at this club has been amazing and extraordinary.”

Obviously, he’s leaving the team he spent the best part of his career with a heavy heart.

“Real Madrid have captured my heart and those of my family members and for that reason, now more than ever, I want to say thank you:”

However, he felt it was time to move on.

“However, I believe that the time has come to embark on a new chapter in my life and that’s why I asked the club to allow me to move on. This is how I feel and I would ask everyone, in particular our fans, for their understanding.”

Real Madrid responded with an official statement, informing the public of Ronaldo’s decision to leave and thanking the icon for his services to the club.

“Real Madrid C. F. inform that, as per Cristiano Ronaldo’s wishes and at his request, the club has allowed the player to complete his move to Juventus F. C.”

“Cristiano Ronaldo will forever be one of Real Madrid’s biggest icons and will represent a unique figure for future generations.”

Even at 33 years of age, Ronaldo is still one of the best footballers on the planet, so the €100+ million Juventus will pay is a bargain. With him on the pitch, not only is the club in prime position to finally get over the hump and win the Champions League for the first time in 23 years, it will also benefit tremendously from his superstar status. As a result, Juventus’ share prices sky-rocketed by 33% on the stock market.

The two clubs are set to face off in the U.S.A. on August 4 in Washington as part of a pre-season International Champions Cup tournament.

Eden Hazard has been connected with Real Madrid for quite some time now. His future with Chelsea is uncertain and the Belgian would lavish the opportunity to play for a club with Real Madrid’s reputation.