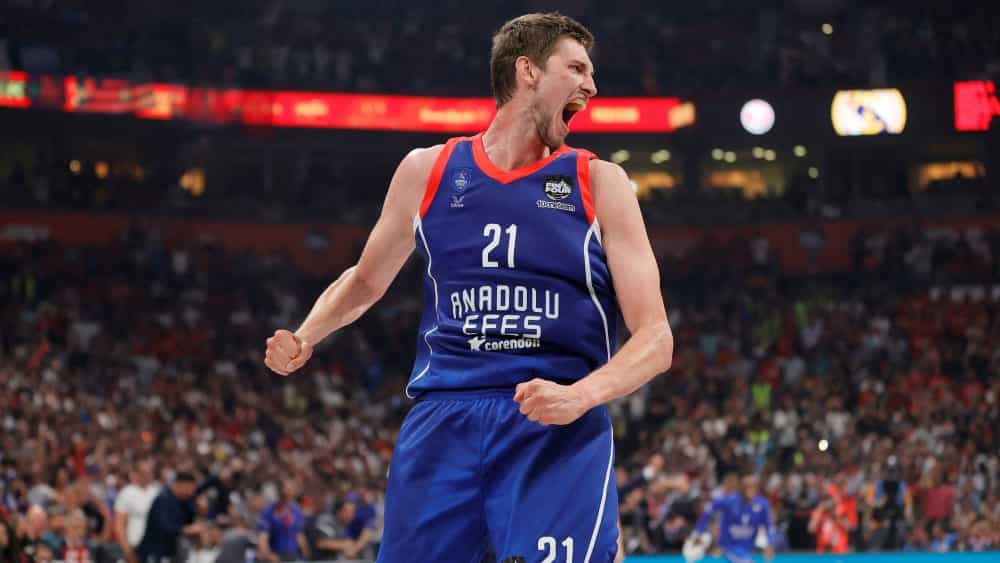 Tibor Pleiß has achieved something that no German basketball player before him has ever done. With Istanbul, the centre won the Euroleague for the second time – and played a major part in it.

Tibor Pleiß is the first German basketball player to win the Euroleague for the second time. With his team Anadolu Efes Istanbul, the national team centre won the final against Real Madrid in Belgrade on Saturday evening with 58:57 (29:34) and thus crowned an already very successful season.

“It’s amazing. This title means a lot to me. We really wanted to win the title again. We were so hungry to win,” said Pleiß, who played a big part in the triumph with 19 points and seven rebounds. Last year, Pleiß and the Turkish top club had won the title in the European top class in Cologne, Pleiß’s hometown.

Pleiß scored ten of his 19 points against Madrid in the final quarter, 65 seconds before the end the former Bamberg player tipped in an offensive rebound to make it 58:55. Apart from the 32-year-old Pleiß, only Germany’s record-breaking national basketball player Patrick Femerling has won the Euroleague with FC Barcelona so far. “This is the icing on the cake. I will look back on this Final Four in Belgrade with pleasure. Everything just fit here,” said Pleiß.