HomeMotorsports"It's far from over": Walkner not thinking about Dakar victory yet
Motorsports

“It’s far from over”: Walkner not thinking about Dakar victory yet 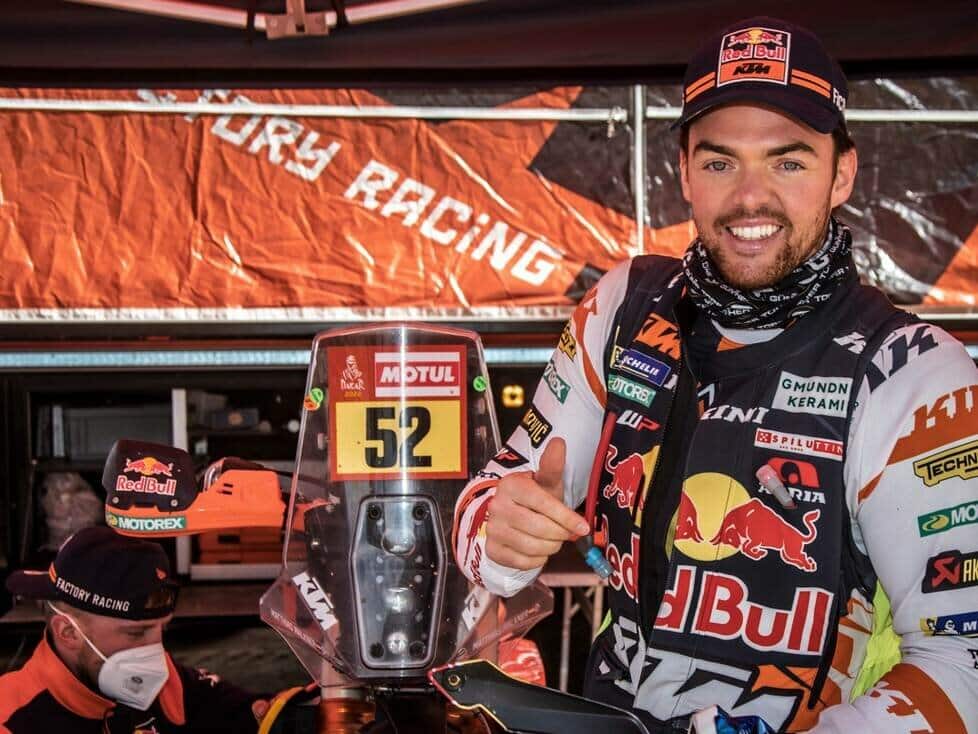 Three days before the finish in Jeddah, Matthias Walkner is leading the Dakar Rally for the first time – But the Austrian still expects very difficult days

After the ninth of a total of twelve stages, Matthias Walkner leads the overall standings of the Dakar Rally for the first time this year. KTM also took the top spot for the first time in the current edition in Saudi Arabia. Walkner has been in the top 3 for the entire rally so far.

The Austrian was third after the first stage. The 35-year-old maintained this position on the following days. In the fourth stage he improved to second place. After stage nine, Walkner now has a lead of two minutes and twelve seconds over Sam Sunderland (GasGas).


“It was an extremely fast day. I think we had almost 120 km/h average speed,” Walkner reported on his Facebook page. He finished fourth in the day’s results on Tuesday.

“With 290 kilometres it was one of the shorter days. You can still lose a lot of time quickly. It was important for me to stay fully in the navigation because I know that if I make a mistake I would lose a lot more time than if I take time to navigate while driving.”

“When refuelling, I realised that my pace was a bit too slow. Then I gave it everything towards the end and just pushed harder. In the sand dunes I tried to use the momentum. I made up time with that. “

In the motorbike field, the race for the overall victory is completely open. The first four riders are within five minutes of each other. Walkner has not yet taken a stage win this year. Three times he was third in the daily results.

Nevertheless, this consistency has been the right strategy so far. “Now I have taken the overall lead,” laughs the Austrian. “But there are still two really long days. The last day is usually also super tight. From that point of view, it’s far from over.”

Especially the penultimate stage on Thursday is called the “royal stage”, because it is supposed to be very difficult to master. “But I am motivated and feel good,” Walkner is confident. “The bike is also working great. From that point of view, I’m looking forward to getting going again tomorrow.” In 2018, the KTM rider won the Dakar in South America.