HomeLigue 1In exchange for players? PSG poker over Galtier
Ligue 1 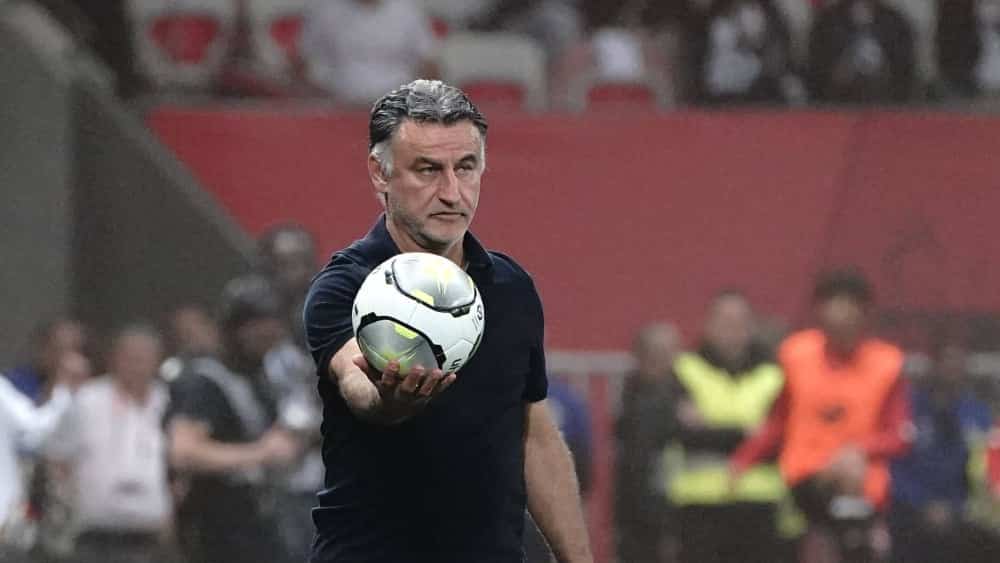 Christophe Galtier (55) is to become the new coach of Paris St. Germain. But his current club OGC Nice apparently has high demands.

According to French media reports, negotiations for Galtier have been going on since Thursday, and details are now coming out in bits and pieces. It leaked out on Saturday evening that Galtier’s current club OGC Nice is demanding a fixed fee for the coach. This is said to be considerably higher than the estimated three million euros that Nice had transferred to Lille OSC for Galtier just last summer.


Galtier had unexpectedly led the Northern French to the championship in 2021 – together with sporting director Luis Campos, who is now on PSG’s payroll. Officially as an advisor, unofficially presumably with considerably more say. Also because of Campos, Galtier is at the top of the list in the capital to succeed Mauricio Pochettino, whose dismissal is already a done deal, according to several reports.

Is Galtier coming in exchange for players?

As the French sports newspaper “L’Equipe” reported on Sunday, PSG are not yet prepared to pay the transfer fee demanded by Nice. According to the report, the capital club has a clear framework that should not be exceeded. Another solution is therefore apparently being discussed: Nice could be satisfied with a lower price for Galtier if one or two players move from Paris to the Cote d’Azur in exchange for the courted coach. “Le Gym” already has concrete ideas – it should be “young players”, but no names have been circulated so far.

What is clear, however, is that all sides want clarity as quickly as possible – especially since the negotiations between Galtier and PSG have not even begun yet. A decision is expected in the course of the coming week.

PSG fly to Japan without Draxler