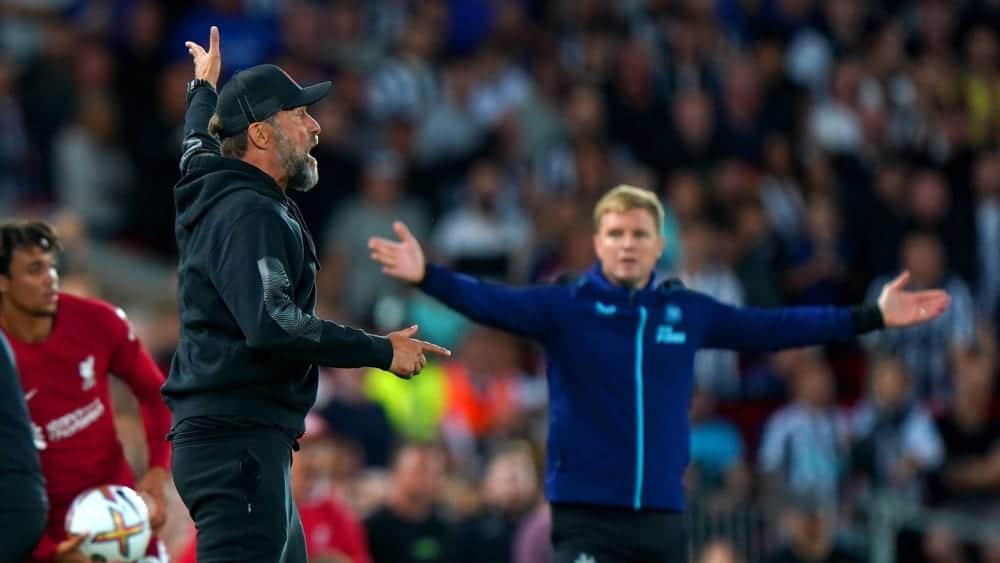 Eddie Howe has rejected the critical comment made by his fellow coach Jürgen Klopp that Newcastle United are one of three clubs in the world that can “do what they want financially”. There are limits for his employer, the Magpies’ head coach explained.

Klopp had last Friday – without explicitly mentioning PSG – put Newcastle, which has been backed by money from Saudi Arabia since changing hands a year ago and is considered the richest football club in the world, in the same bracket as Manchester City (Abu Dhabi) and Paris St Germain (Qatar), saying: “It’s legal and all that, but they can do what they want. They will say, ‘Yes, but …’ But that is a fact.”

Newcastle’s sporting director Dan Ashworth had said there were no limits to what the club could do. “Yes!” said Klopp. “He is absolutely right. There are no limits for Newcastle. Congratulations, but other clubs have.” His Liverpool FC, for example, who “couldn’t possibly” do like Newcastle or ManCity, who “added to the best team in the world the best striker on the market”, i.e. Erling Haaland: “No matter what it costs, you just do it. “

Howe: “We don’t live the life that is being discussed “

Howe wasn’t going to let that stand the day before Newcastle’s home game against Everton FC. “What Dan meant was that there are no limits to our ambitions in the long term,” he countered. Financially, he said, there were very much limits: “Financial Fair Play and that we continue to have a training centre that’s being refurbished.”

Howe continued, “We don’t live the life that is being discussed. We live in a completely different reality. Our salary bill is very controlled. Even when we’ve spent money on players, it hasn’t been rampant or out of step with the rest of the Premier League.” His advice to Klopp & Co: “Everyone should be careful with their comments and opinions. “