How the WWE empire works 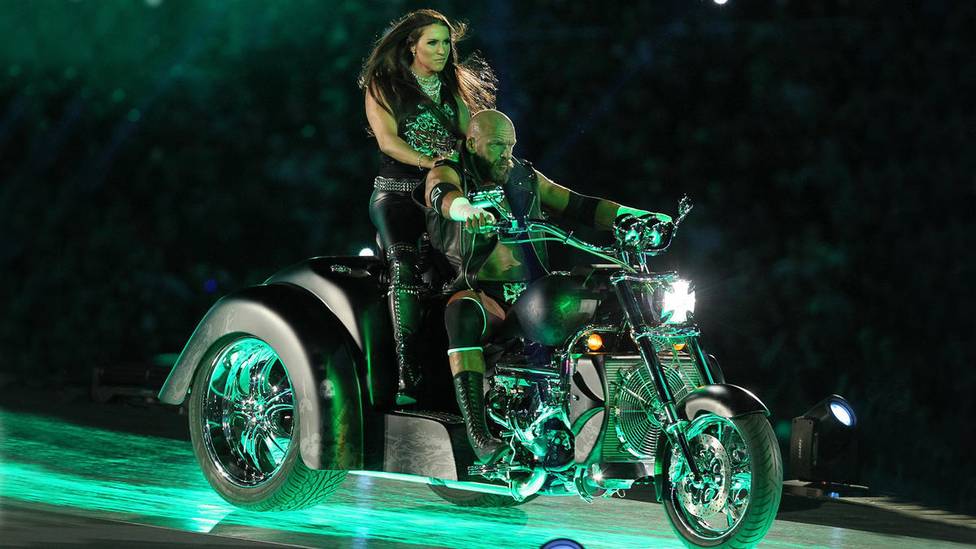 World Wrestling Entretainment thrills millions of fans – but who organises the sports show, who actually determines who wins? Questions and answers.

Is wrestling a sport or a show, real or “fake”?

In basic terms, almost everyone knows the answer: WWE’s wrestlers do not engage in sporting competition in the true sense of the word, but rather an agreed-upon show for the entertainment of the fans, WWE calls it “Sports Entertainment”. It is not the best fighter who is sought and rewarded with titles, but the best athletic entertainer.

But how exactly does the world’s biggest show-fighting company work? Who is behind the weekly TV shows RAW and SmackDown, the big events like WrestleMania and the tours around the world?

When was WWE founded?

Vince McMahon, the younger (born 24 August 1945), took over in the early eighties: he shaped the wrestling league, which was initially only regionally active, into a global company, of which he was the CEO until his sensational fall in the summer of 2022. (Chronology of the WWE scandal: This double life brought Vince McMahon down)

Who’s in charge of WWE after Vince McMahon’s exit?

For decades, all the strings at WWE ran together with Vince McMahon, since his exit, the power is distributed on several shoulders.

Vince’s daughter Stephanie McMahon succeeds him as “Chairwoman” and CEO of the company. Co-CEO at her side is former sports media agent Nick Khan, previously president and chief financial officer for two years – and the man behind the league’s billion-dollar TV and streaming deals.

However, the final say over WWE programming has been inherited by another from McMahon: “Triple H” Paul Levesque, Stephanie’s husband, as the man in charge of creative and talent, makes all the key decisions on the squad, the design of the shows, the outcome of the matches, the selection of title holders.

Who decides the winners of the matches?

The all important matches: Triple H. For the groundwork, like McMahon before him, he has a large staff. The stories that are told in and around the ring at WWE are thought up – in line with the guidelines set by the executive suite – by the creative teams assigned to RAW, SmackDown and co. The writers are often lateral hires from Hollywood; actor Freddie Prinze Jr. for example was also once a WWE writer.

For each major show, a script is written that resembles a classic TV script: it defines the matches and their outcomes, as well as the order and course of interviews, promo segments and brawls. Deserving WWE stars are also allowed to involve themselves in the writing of their stories, under Triple H the freedoms are likely to be greater.

Who designs the matches?

Producers, formerly called road agents, are responsible for running the matches and other segments in the ring. They are ex-wrestlers like Jamie Noble, “Hurricane” Shane Helms and Molly Holly, who are the link between the writers and the actives.


Former WWE hopeful Jason Jordan, who was halted by a dramatic injury in his active career, serves as senior producer.

How heavily a fight is choreographed depends on the importance of the match and the experience of those involved. Reliable veterans often only get the broad strokes. “There are a lot more spontaneous, creative elements incorporated into matches by us wrestlers than most would guess,”

Why did the WWF become WWE?

The abbreviation of WWWF to WWF brought the league into conflict with the conservation organisation World Wildlife Fund (WWF). For a while it could still be settled because WWF assured WWF that it would not sell itself via the abbreviation but via the written-out version. In the Internet era, however, the dispute over the domain WWF.com became a divisive issue: the conservationists sued, the league lost, and from 2002 it was called WWE.