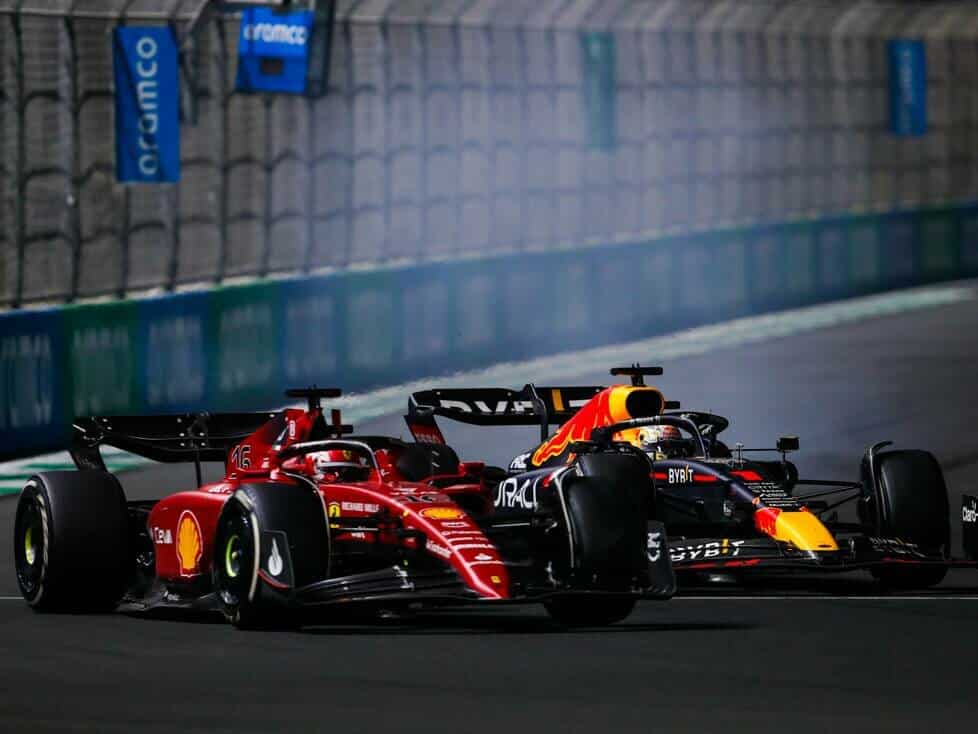 If Red Bull team boss Christian Horner has his way, there should be no more cat-and-mouse games between drivers in future Formula One races. The Briton criticises the placement of the DRS zones in Jeddah and hopes for a reaction from those responsible for the premier class. The Jeddah Grand Prix was virtually decided on the brakes.

Horner is referring to the battle between world champion Max Verstappen and Ferrari driver Charles Leclerc. With two DRS zones right behind each other, Leclerc, in the lead for the last ten laps, braked in front of the DRS line before the final corner so Verstappen would cross it first. This gave the Frenchman the opportunity to use the overtaking aid on the long start-finish straight – a clear advantage.

Verstappen quickly understood the Monegasque’s strategy and played the game. He even braked so hard before the DRS line that his tyres briefly locked up. In the final phase of the race, both tried to avoid entering the long straight as the leader. With four laps to go, Verstappen got past Leclerc to win the second race of the season.

“Once it worked. The second time he got it and braked very early and then there was a bit of a mix-up, but I think it was fun,” said Leclerc. While neither driver found fault with the strategy, Red Bull team boss Horner commented on the incident in a completely different way.

“DRS has such great power, which is why there are such cat-and-mouse games between drivers,” Horner said. “Maybe in the future we should look at the places for the DRS zones, because we want to avoid such situations at all costs.” However, Horner also sees positives in the Jeddah race.

He praises the new regulations in the premier class, although many drivers claim that without DRS it would still be impossible to overtake a rival. ” I think the really encouraging thing about these regulations is that in the last two races we’ve seen Charles and Max overtake each other about ten times, which didn’t happen in previous seasons.”

“It was a great race, another fantastic run between these two teams,” the team boss continued. “In a sample of two races, you have to say that being able to follow a rival and go wheel to wheel is a big plus. It was excellent.” Formula One makes a guest appearance in Melbourne, Australia on 10 April for the third round of the season.