Hoffenheim prolong Leipzig’s away curse: Gulacsi is the godfather in Samassekou’s debut 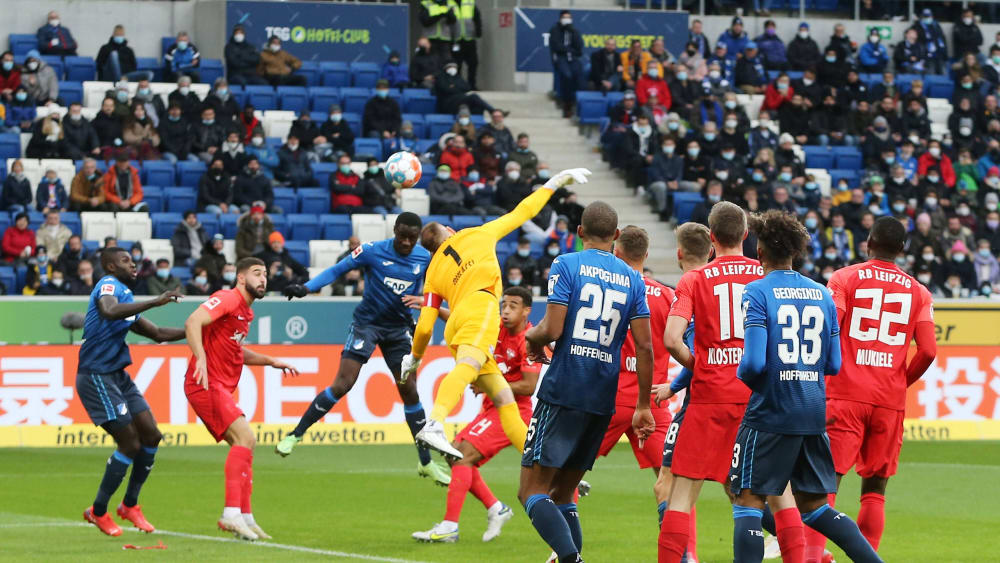 Hoffenheim, severely weakened by substitutes, deservedly defeated a disappointing Leipzig 2:0. The only drawback: TSG wasted their chances until the decision midway through the second period.


Hoffenheim went into the game with major personnel problems. Rudy and Baumgartner (both muscular problems), Skov (thigh injury) and goal scorer Kramaric (head injury) were missing compared to the 0:2 in Bochum, and Stiller was initially confined to the bench. Coach Sebastian Hoeneß replaced the quintet with Raum, Geiger, Samassekou, Rutter and Dabbur.

The fast-paced opening phase belonged to Leipzig, whose coach Jesse Marsch had made four changes to his team after the 2:1 against BVB: Klostermann, Orban, Kampl and Silva played for Henrichs (bench), Simakan (cold), Haidara (not in the squad) and Poulsen (torn muscle fibre).

The Saxons did not create a compelling chance, but 1899 struck after a standard, because the usually so reliable Gulacsi dived under the ball after Geiger’s corner and Samassekou headed into the empty goal at the second post with his first Bundesliga goal (12.).

The lead clearly shifted the balance of power in favour of TSG, who pressed far more energetically than their opponents. Rutter again missed a double strike after a corner against an often disorganised visitors’ defence (15th), and Raum (21st) and Akpoguma (24th) also had the 2:0 lead on their feet against visibly knocked-out Saxons.


Leipzig were disappointing and stuck to their guns. Hoffenheim, who were strong in two fights, put in an immense effort and repeatedly posed serious problems for their opponents with their enthusiasm and passion.

The home side also maintained their danger with standards:  Because Posch headed narrowly wide from Geiger’s free-kick (35th), RB was very well served with the 0:1 at the break.

Leipzig continued to make mistakes, failed to develop any offensive pressure – and also offered 1899 too little resistance.  The chance festival of the Hoeneß-Elf continued (Akpoguma, 60. Dabbur’s 2:0 was the symbol of the afternoon: The striker took the ball from Adams, ran a few steps and sank the ball from 18 metres into the bottom left corner (68th).

RB waited in vain for their first compelling chance to score in the final phase. The final scene belonged to the playful Kraichgauers when Bebou and Grillitsch hit the right and left post within seconds of each other.

Hoffenheim’s next game is next Saturday at bottom side Fürth. Leipzig, who have three draws and three defeats away from home, face a crucial Champions League tie at Brugge on Wednesday (9pm) before a home clash with Europa League contenders Leverkusen on Sunday.