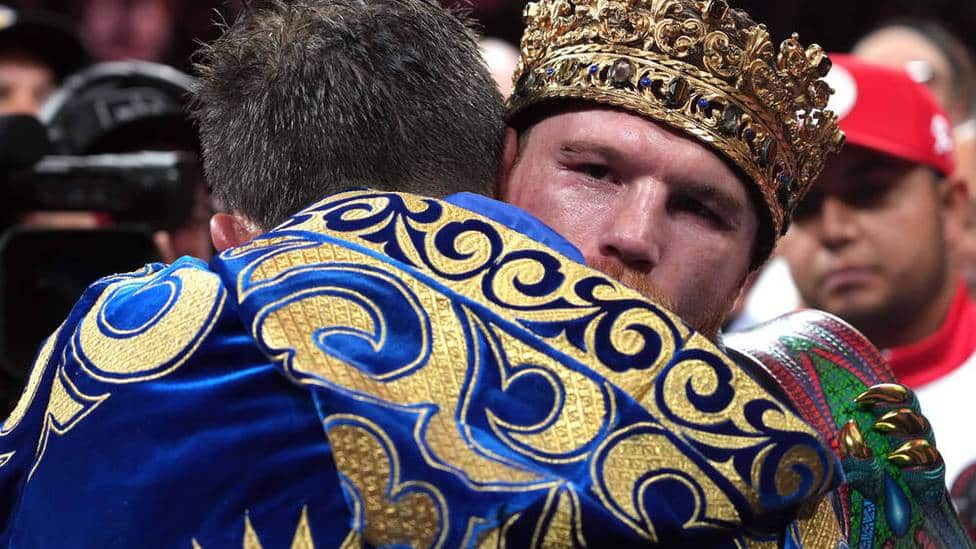 365-million man Canelo Alvarez against exceptional fighter Gennadiy Golovkin: After five years, one of the greatest rivalries in modern boxing experienced its third and probably last chapter on Sunday night.

In front of the eyes of noble fans such as NBA star Steph Curry and Hollywood star Michael B. Jordan (“Creed”), a scene followed that was somewhat unexpected against the background of the duel that had recently also been marked with personal attacks: Alvarez hugged Golovkin and addressed him with the words: “Thank you very much, my friend. Thank you for everything. “

Canelo – Golvkin 3 not on the level of previous fights

The 40-year-old Kazakh Golovkin had once entered the 2017 rivalry as the undefeated middleweight champion of all federations and with a reputation as the best boxer in all classes. The first fight between the two ended in a highly controversial draw after a superior fight by Golovkin. A points win by Alvarez followed in 2018, after which “GGG” felt screwed again, although it was clearly more defensible.

Four years on, the hype surrounding “Canelo – Golovkin 3″ hasn’t been quite as great, partly because Alvarez’s nimbus was most recently diminished by a surprising loss to Dmitry Bivol.

For long stretches the end of the trilogy with Golvkin could not match the quality of the previous fights, Alvarez was clearly ahead with the judges, only in the last rounds Golovkin tightened up and created more tension, nevertheless in the end it was a unanimous points victory for Alvarez (115:113, 115:113, 116:112).

Golovkin, meanwhile, remains the WBA, IBF and IBO middleweight champion, which Alvarez has now left behind.

According to Alvarez, he was handicapped by a hand injury that would still require surgery (“I can’t hold a glass right now”), the victory against “GGG” under these circumstances was a signal against swelling discussions as to whether the 32-year-old is also about to pass his sporting zenith.

The clear victory put Alvarez in a conciliatory mood after he himself had fuelled the fight earlier with a pithy threat to end Golovkin’s career. Alvarez also launched a personal accusation. Golovkin is a two-faced hypocrite, he claimed. “He pretends to be a good person” but off camera he would talk bad about him: Golovkin was a “fake who shows you one face but actually has another”.

Now everything seems to have been cleared up after all.