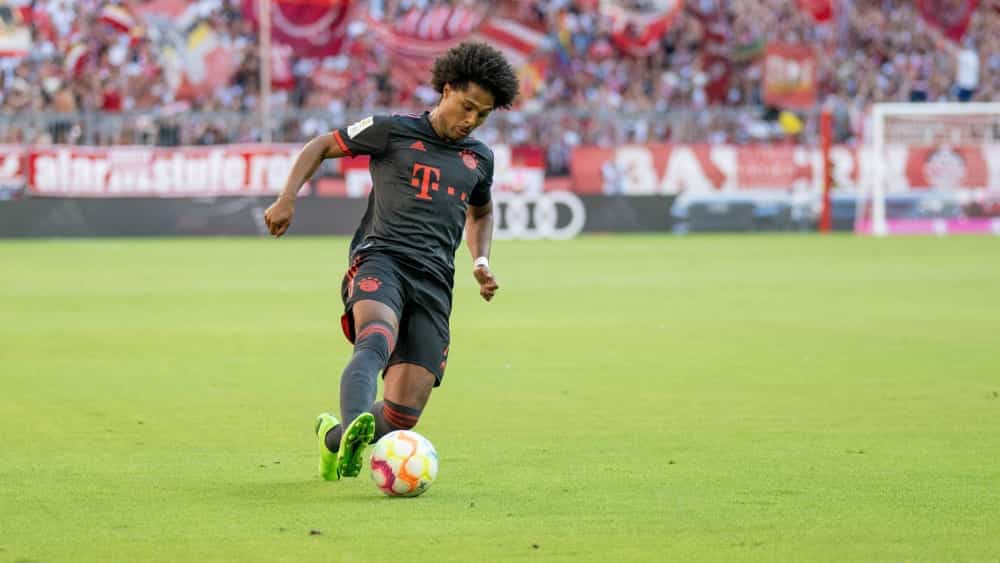 FC Bayern are preparing for the away game in Bochum – so far without Serge Gnabry.

On Tuesday evening he sat in the stands at the Olympic Stadium together with Leon Goretzka to cheer the gold medals of Niklas Kaul (decathlon) and Gina Lückenkemper (100-metre sprint), on Wednesday morning Serge Gnabry was missing from FC Bayern’s training.

According to coach Julian Nagelsmann, the offensive player had been substituted at half-time on Sunday in the 2-0 win over Wolfsburg due to adductor problems. According to Bayern, Gnabry suffered a wrist injury against VfL on Wednesday, which is why he has been training individually at the performance centre.

At least: In Bochum next Sunday, Nagelsmann can rely on Kingsley Coman again. The Frenchman has served his three-game suspension, so could theoretically slide straight into the starting eleven for Gnabry.

Nianzou at the check – Zirkzee in team training

Goretzka is still some way off that one, the midfielder, who has undergone knee surgery, eagerly making his rounds of the Säbener Straße seats and waving to the shouting fans. In a fortnight, he is scheduled to rejoin team training, just like Eric Maxim Choupo-Moting (kidney stone operation).

Tanguy Nianzou, meanwhile, landed in Sevilla on Tuesday evening and is now expected to undergo his medical there before signing a contract until 2027 with the six-time Europa League winners. Joshua Zirkzee, also a candidate for sale, was back in the squad after recovering from illness.