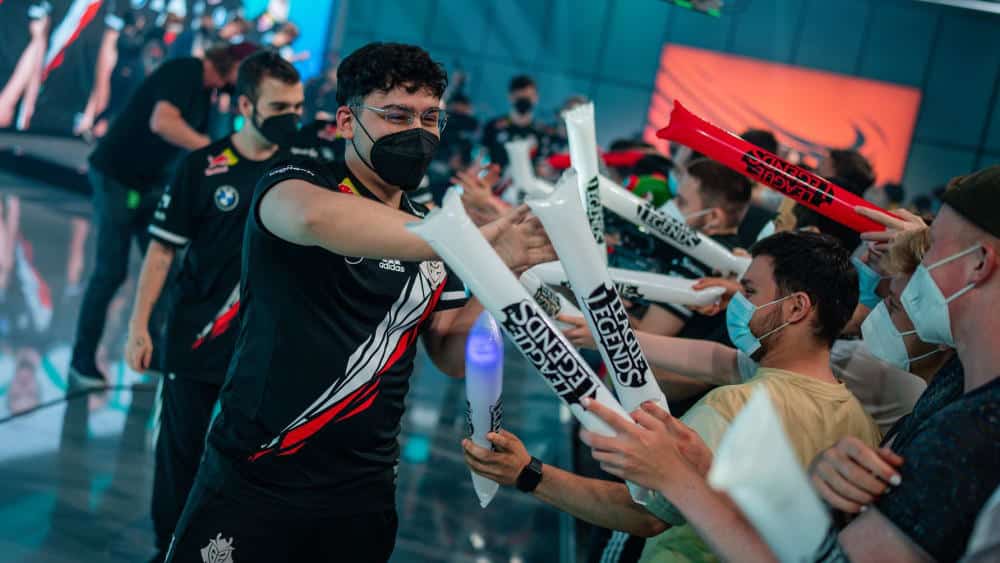 The LEC Summer Split has started. G2 Esports could confirm their status as favourites. Rogue, on the other hand, has to cope with a botched start.

G2 Esports has made a perfect start to the summer season of the European League of Legends League LEC. At the start of the group stage, which will be played at the LEC Studio in Berlin, the co-favourites were able to immediately put an exclamation mark on the game.

MAD Lions and Astralis also impressed in their first matches. Spring finalist and co-favourite Rogue, however, is still struggling with its form.

After winning the Spring Split and making it to the semi-finals in the MSI, G2 was considered one of the favourites for the Summer Split. The Berlin-based organisation was able to confirm this status immediately. The team around the German toplaner Sergen ‘BrokenBlade’ Çelik won their first three games.

“I’m very happy with our result,” G2’s Rasmus ‘caPs’ Winther said in an interview after the match against Excel Esports. “We are still trying different things at the moment, but it seems to have worked so far. Hopefully we can keep that going.”

After the three wins, G2 clearly leads the group. Behind them, five teams are tied for second place. Among them is MAD Lions. The 2021 LEC champions also put in a convincing performance in their opener with two wins.

Astralis is a bit of a surprise. After three newcomers in the line-up, it was unclear whether the selection would convince. However, they were able to hold their own in the first games and rank behind G2 with only one defeat. Fnatic, Team Vitality and Excel Esports are also tied for second place.

In contrast, the performance of co-favourite Rogue has been disappointing so far. Where the international organisation still made it to the final in the Spring Split, they suffered defeats in each of their first two games against G2 and Fnatic. The win against MAD on the third matchday is the only bright spot so far.