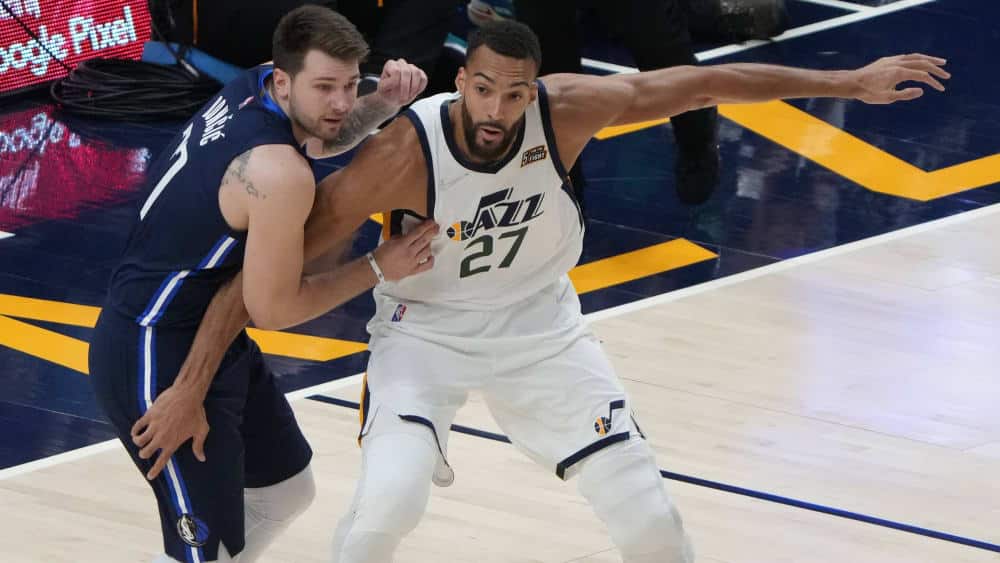 Blockbuster trade in the NBA! All-Star Rudy Gobert moves from the Utah Jazz to the Minnesota Timberwolves, who are making a big splash for the Frenchman

In exchange for Gobert, five players are reportedly joining the Jazz, who will also receive four first-round picks from Minnesota. According to the report, Malik Beasley, Patrick Beverley, Jarred Vanderbilt, Leandro Bolmaro and Walker Kessler, selected at No. 22 in the last draft, will wear the Jazz jersey in the future. The Timberwolves also give away their first-round picks in 2023, 2025, 2027 and 2029. The first major deal by Danny Ainge, who took over as CEO with the Jazz midway through the season, is turning the franchise around in a big way. The rebuild in Salt Lake City, which is likely to centre on All-Star guard Donovan Mitchell, has begun.

Three-time Defensive Player of the Year

The Timberwolves, who reached the play-offs for the first time since 2004 last season, are going all-in for centre Gobert. The 30-year-old Frenchman has been named Defensive Player of the Year three times. Last season, he averaged 15.6 points, 14.7 rebounds and 2.2 blocks in 66 games for the Jazz. Gobert will form a powerful big-man duo with All-Star Karl-Anthony Towns, who signed a supermax extension Friday for four more years and $224 million.

“Utah!!! I was just a boy from France when I came here nine years ago, but I felt welcomed and supported from day one,” Gobert wrote on Instagram. “I have grown as a man and as a player before your eyes and I am grateful for every single moment. Utah and its people will always have a special place in my heart. Thank you. The journey continues. ”

This, by the way, is what it’s all about for Zach LaVine in Chicago. According to his consulting agency Klutch Sports, the 27-year-old received a max extension with the Bulls for another five years and 215 million US dollars. The two-time All-Star joined the Bulls in 2017 when they traded Jimmy Butler to Minnesota.