HomeEsportsFIFA 23: How to set club and goal anthems
Esports 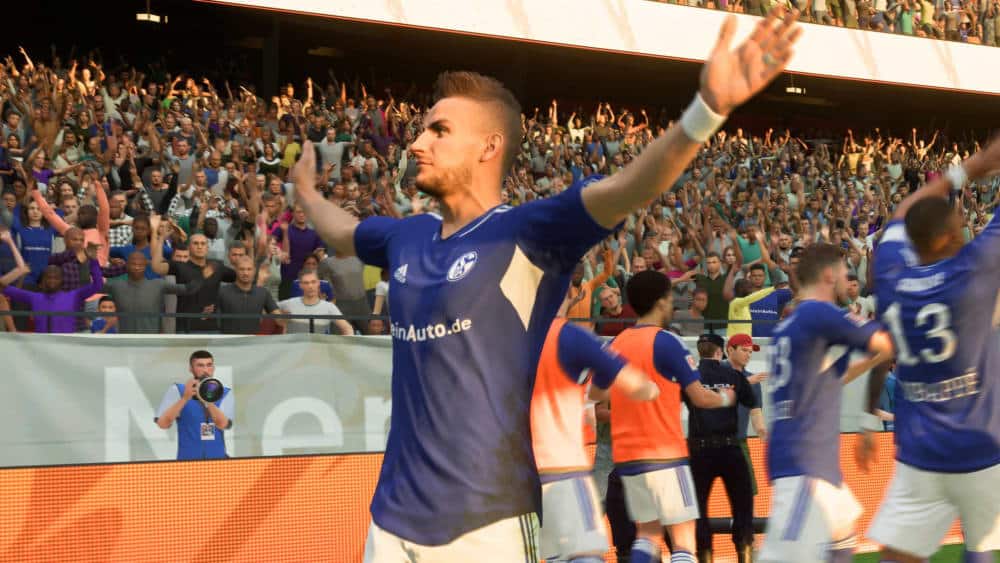 In FIFA 23 you also have the possibility to set goal and entry anthems. In which modes this is possible and which authentic songs are available, we explain to you.


Scarfs are held high, the club anthem sounds and the teams come onto the field – goosebumps. The decisive goal is scored, the players form a bunch of cheering, the goal anthem makes the stadium shake even more – ecstasy.

Under certain circumstances you have the possibility to create such moments on the pitch again in FIFA 23.

How do I activate the anthems in FUT?

In Ultimate Team you can freely choose which club and goal anthem you want to play. You can choose from a pool of songs from the FIFA soundtrack, authentic songs, but also simple sound effects such as a foghorn. However, there is a small catch:

In the FUT centre under the point Club you select “Stadium” and “Structure”. There you will quickly notice the grey castle. This means you have to unlock the feature. You can find out what you have to do under Goals and Stadium Activation.

Once you have done this, the easiest way to get hold of the items is via the transfer market. These are usually available for a few coins, but the price varies depending on the song. At most, the songs can be offered on the market for 5000 coins.

Can I activate anthems in career mode?

The bad news first: If you start a chapter with a real club in career mode, you cannot set anthems. This is only possible in Create-a-Club mode.

In this mode, you have to select the option “Stadium” in the step “Shirt, Crest and Stadium”. Click on Atmosphere in the next drop-down menu and you can set the songs.

Which authentic songs are included?

The list is even bigger when it comes to the anthems. Bayer 04 Leverkusen, Borussia Dortmund, Bayern Munich and SC Freiburg have made it into the recall from the Bundesliga. Atletico Madrid, Chelsea FC, Everton FC, Liverpool FC, Watford FC, Juventus Turin, Leeds United, Manchester City, Newcastle United, Real Madrid represent the world selection.

In addition to this, clubs are listed, but these are not music tracks, but fan atmospheres.

If you wonder how the soundtrack of FIFA 23 is set up or if a song finds its way into the playlist at all, we have something for you here. Otherwise: Get into the virtual stadium, take out your scarf and sing along.