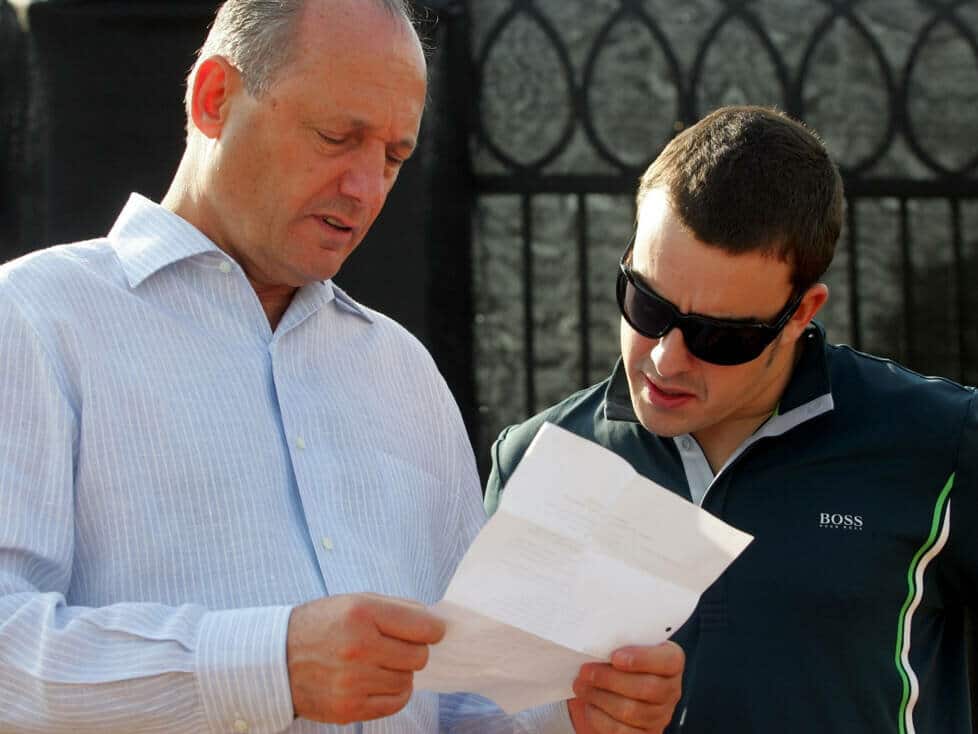 Former McLaren mechanic Marc Priestley has revealed that Fernando Alonso used bribes in the form of envelopes stuffed with cash to get his way over Lewis Hamilton in the McLaren garage. Priestley revealed this in a new edition of the “PitStop Podcast”.

When GP2 champion Hamilton moved up to McLaren in Formula 1 in 2007, a bitter rivalry developed between the young Briton and Alonso, who entered the 2007 season as favourite after his move to McLaren and his second consecutive championship with Renault.

The Briton made a sensational start to his Formula One career, finishing on the podium in each of his first nine races. It wasn’t long before Alonso began to see him as a real threat. During qualifying in Hungary, the Spaniard blocked his teammate Hamilton in the pit lane, preventing him from setting a fast lap.

Priestley: Money for all Alonso mechanics

“One of Fernando’s tactics is to try and get the whole team on his side of the garage. He tries to seize control,” explains former McLaren mechanic Priestley in a new episode of the “PitStop Podcast”.

“There was a moment in 2007 when Fernando turned up at a race and when I arrived Fernando’s manager or trainer was handing out little brown envelopes of money to everyone who wasn’t on Lewis’ car. “

“I remember opening the envelope and there was like 1,500 euros or something inside. It was so dodgy. First you get an unmarked brown envelope and I’m like, ‘Thank you very much, what’s this?’ Then the coach goes away and you’re left with this thing that you open and it’s literally full of cash. “

“Suddenly it’s spreading through the team and the only people who haven’t got it are Lewis’ people. It’s starting to dawn on us what’s happened here: he’s trying to get support, he’s trying to encourage people to support his side in this intense battle,” Priestley said.

“On one hand you can say it was a clever tactic, but in the end obviously the team found out about it and got us to donate everything to charity, which was fine, but it was a little insight into the two different mentalities.”

“Lewis has done other things, he’s played some games through the media. They’ve both done right and wrong things, but they’ve each tried a strategy to become the best Formula One driver. And both have celebrated great successes with their different methods. “

For McLaren, the 2007 season did not end according to plan. Despite having a large lead over the Ferrari drivers in the drivers’ standings at times with Hamilton and Alonso, Kimi Raikkonen won the title in the final race by one point over both McLaren drivers.

The team was also found guilty in a sensational espionage case when it was revealed that Ferrari documents had been leaked into McLaren’s hands by a team member.

As a result, McLaren was disqualified from the constructors’ championship and fined a record $100 million. After the internal team squabbles, Alonso left the team after only one season and returned to Renault.