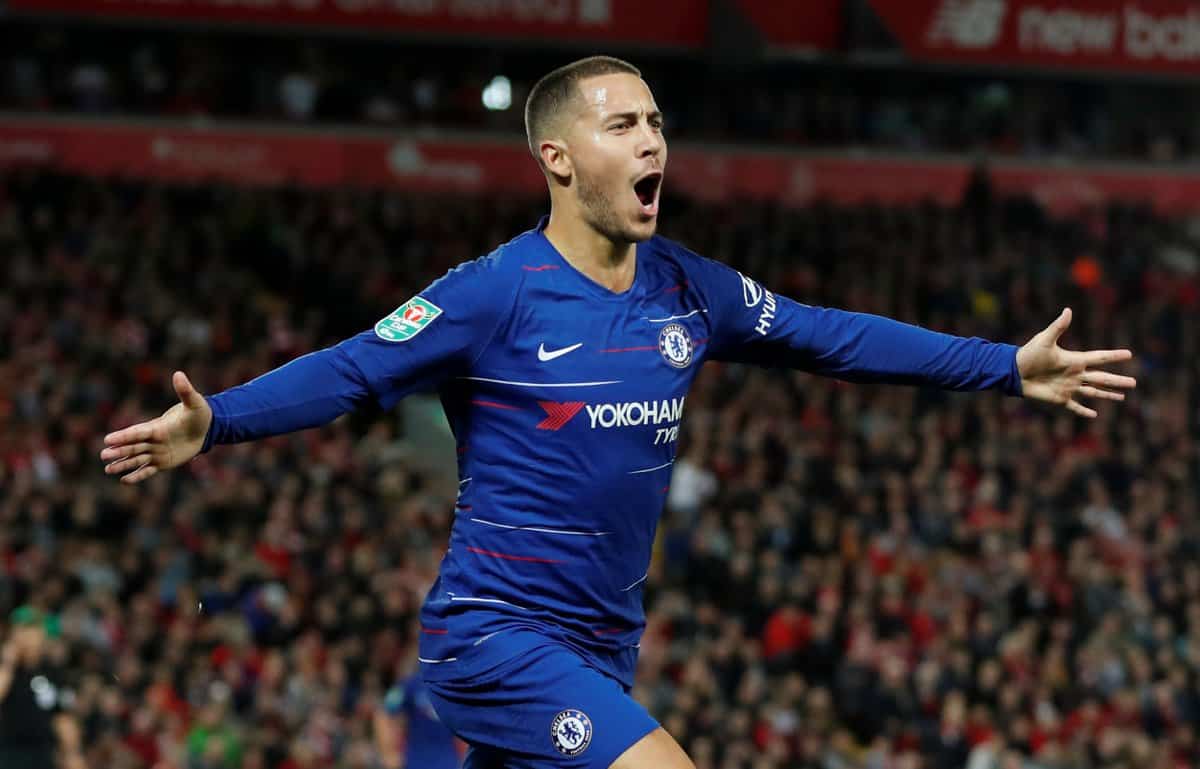 Eden Hazard demonstrated why he’s one of the best players in the world on Wednesday night when he took on the entire Liverpool defense and won.

The moment of inspiration happened in the 85th minute, six minutes after Emerson tied the Carabao Cup Round of 32 clashes with Liverpool at Anfield Road. The Belgian genius took the ball in midfield and send it through the legs of Firmino before passing it on to Azpilicueta. The Spaniard tapped it back to Hazard, who resolutely headed towards the penalty box, nutmegged Moreno and blasted a rocket in the opposite corner, leaving the entire stadium stunned. Not only the stadium, but this beIN Sports French commentator as well.

It was an exceptional goal by an extraordinary player and worthy of eliminating the Premier League’s best team so far. The Reds originally took the lead through Daniel Sturridge, who scissor-kicked a rebound into the empty net for his third goal of the season. The Blues were the better team up to that point and got a deserved goal in the 79th minute when Mignolet saved the initial shot attempt following a free-kick cross. However, the ball bounced right to Emerson, who simply tapped it in. Then, Hazard’s magical goal decided the winner. Chelsea moves on, while Liverpool will try to do better in the FA Cup. 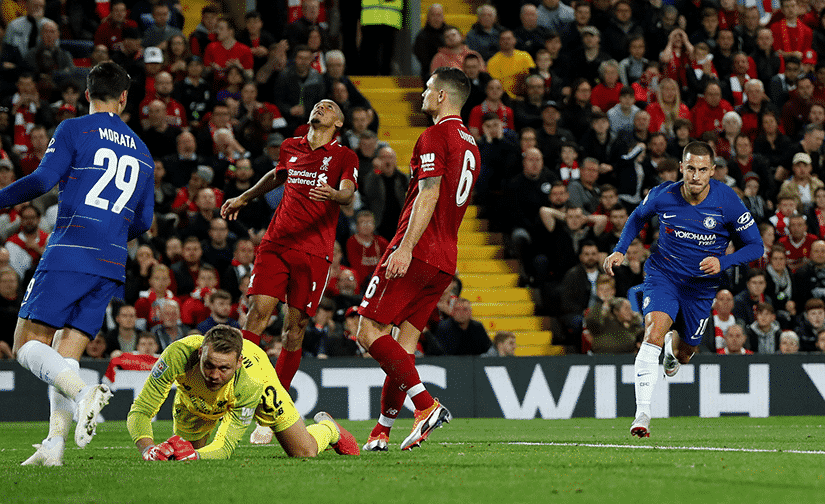 The victory gives Maurizio Sarri another seal of improved. Unlike with Conte last season, the players have bought into Sarri’s offensive-minded system and are on the same page with their manager. Hazard himself admitted so after Sunday’s draw with West Ham.

“I think this kind of manager is good when you like football,”

“We try to keep the ball, we try to find solutions. We have good players and we’ve brought in new players like Jorginho and Mateo Kovacic – players where you need movement. We are all happy on the pitch.”

The Belgian maestro is certainly enjoying it. He has the freedom to do whatever he wants on the pitch and it’s paying off. Eden Hazard leads the Premier League in goals (5), has been influential in every game he put his boots on the pitch and just scored one of the goals of the season in England. 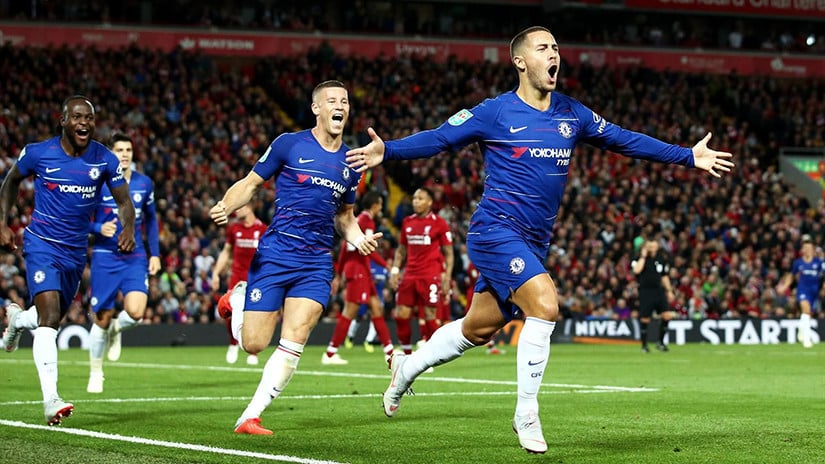 Chelsea and Liverpool meet again on Saturday in a direct clash of the two top-ranked PL teams, only this time, the match takes place at Stamford Bridge. We’ll see whether The Blues can repeat yesterday’s success and put an end to their adversary’s perfection.