HomeMotorsportsDucati factory team in Jerez: return to old strength thanks to better...
Motorsports

Ducati factory team in Jerez: return to old strength thanks to better set-up? 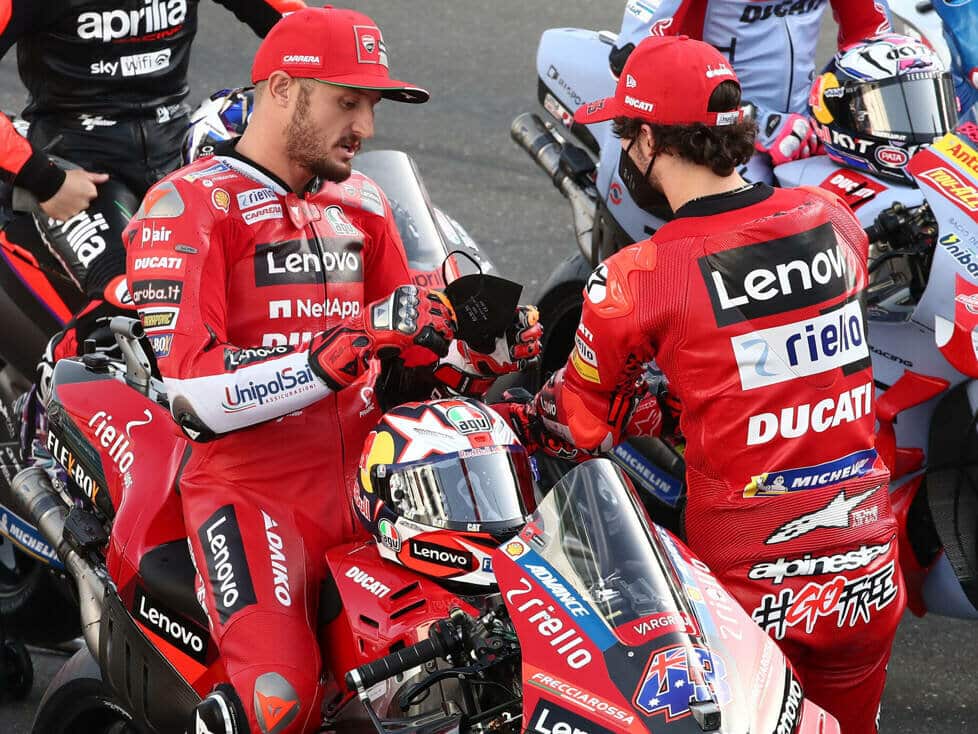 The trend in the Ducati factory team is providing confidence ahead of the MotoGP weekend in Jerez: But repeating last year’s success will not be easy

The highly touted Ducati factory team has yet to win a race in the current MotoGP season. The newly formed Gresini team was responsible for the two Ducati victories. Enea Bastianini won the races in Qatar and Texas with last year’s Ducati. But the form curve of the Ducati factory team with Francesco Bagnaia and Jack Miller is pointing upwards, even if the results do not reflect it at first glance.

Last weekend runner-up Bagnaia developed the best feeling so far this season, despite starting the race weakened after the qualifying crash. “The data confirms that it was the first race this year where I rode like I did last year,” enthused the Italian, who showed an impressive recovery from last place on the grid to finish eighth.

“I was even stronger under braking (than last year). In addition, I turned faster into the corners. The work on the fairing and the other areas improved our confidence and gave us an advantage. It was not easy, but in Portimao it went well again for the first time,” said Bagnaia confidently.

In Jerez, Bagnaia is still struggling with the after-effects of the Portimao crash. “The mobility is the problem. I have the normal strength. I have a lot of fluid in my shoulder from the crash. I was already able to ride in Portimao, even though it was difficult,” he explained.

A year ago Ducati celebrated a one-two at Jerez after Yamaha rider Fabio Quartararo dropped back with arm pump problems. “Jack and I were a bit lucky last year because Fabio got arm pump problems. He was by far the fastest rider. But we were very strong with this bike here at the test in November,” notes “Pecco”.

“In the last three races we could improve my feeling for the bike. At the last race in Portimao we managed to take another step. It could be a good weekend for me. I like the track and how the bike rides here,” commented Bagnaia ahead of the sixth Grand Prix of the year.

Previous year’s winner Jack Miller finds it difficult to make predictions for Jerez: “In MotoGP you can’t predict anything. Everything is possible. I have to try to be with the music all weekend and then see what happens on Sunday. You can’t rest on the successes of the past. “

“Realistically, I would say that 19 riders can win. That’s how it is at the moment. Apart from the rookies, all the riders have a chance to win. Well, maybe not 19, Dovi is struggling at the moment. But the riders in the top 16 really have a good chance. They all have a lot of information here,” explains Miller.

In Portimao, Miller went away empty-handed due to the crash in turn 1. But the potential for a good result in Jerez is undoubtedly there. “In Austin we made a big step with the set-up of the bike. We went back to a kind of basic set-up in Portimao. Then we optimised it by going back to the geometry of Texas,” Miller reports.

“It’s a good confirmation for this new base set-up that we were fast on two tracks,” the Australian is confident. “In Jerez we have a lot of data. When it comes to set-up, we have no shortage of information here. “