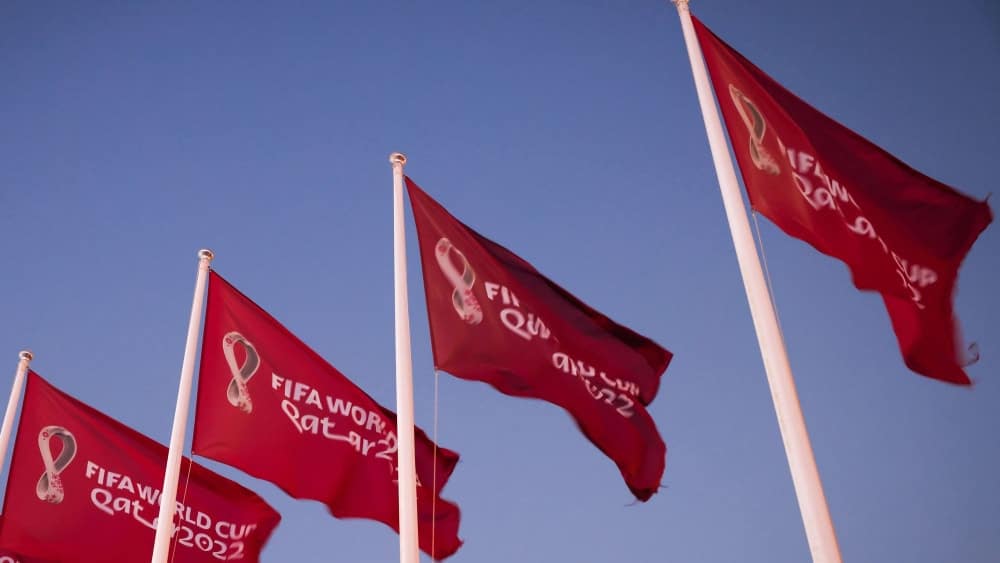 Two months before the start of the World Cup in Qatar (20 November to 18 December), the host, like FIFA, has again come under heavy criticism at a human rights congress. Qatar’s ambassador to Germany, Abdulla Bin Mohammed bin Saud Al-Thani, defended his country against criticism and sees it on the right track.

At the human rights congress on the campus of the DFB in Frankfurt/Main, pressure was increased from many sides on the Emirate and FIFA. The role of the DFB was also critically questioned.

Specifically, the Building and Woodworkers International (BHI) union demanded that FIFA set up a compensation fund of 440 million US dollars for the relatives of workers who died or were injured on World Cup construction sites. DFB President Bernd Neuendorf supported the establishment of such a fund.

Claim: DFB must renounce any profits

The fan alliance “Unsere Kurve” demanded that the DFB become “part of pure progressive alliance” so that supporters could “look forward to such football festivals again in the future”.

In addition, the association must renounce any World Cup profits so as not to enrich itself from the major event. All profits should be given to the “disenfranchised”.

Qatar’s ambassador Abdulla Bin Mohammed bin Saud Al-Thani defended his country. He said Qatar was on the “right track” but needed “more time” and called for fair treatment of his country as host, drawing a comparison with Russia as 2018 tournament host. “If we go back four years, the World Cup was in a country, Crimea had just been taken, people in prison, oppressed people, and there was no attention from Germany and not from any other country in Europe,” Abdulla Mohammed al Thani said. He said his country had been in the spotlight for twelve years and had initiated many changes.

The situation in Qatar is “not perfect yet”, the ambassador admitted, adding that change takes time. “It is not at 100 per cent, it is a journey,” he said. In Germany, too, for example, the issue of equal rights for men and women would have taken many years. Al Thani wanted Germans who had been to Qatar – like the record champion Bayern Munich after its traditional winter camps – to report on their positive experiences: “Say it publicly or keep your mouth shut,” the diplomat put it in unusually clear terms.