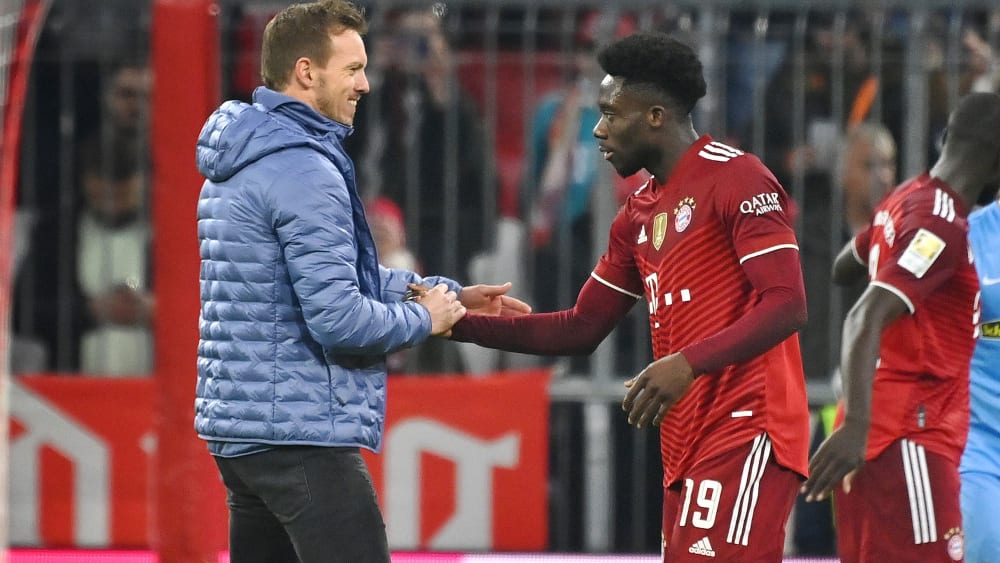 After a terrific first year at FC Bayern, Alphonso Davieshad a few difficulties last season. Now it seems that the Canadian is stabilising again.

Alphonso Davies is one of 20 Bayern players currently on their way to their national teams. The Canadian has the furthest to go with Eric Maxim Choupo-Moting (Cameroon) and Buna Sarr (Senegal). These journeys cost energy. Especially for such a young professional, for whom these impressions can be far from normal – even if the 21-year-old has already won everything in club football.

Last season, after his strong year in 2020, the speedy professional struggled with his form. Success doesn’t leave you unscathed – especially mentally. There is a lot to process, to realise, to classify correctly. For a few weeks now, Davies seems to be coping better and better. Because he, too, has had to realise that success has to be reaffirmed again and again.

“Phonzie is developing well,” says coach Julian Nagelsmann, who attributes a slightly more attacking position to him. After all, Davies was trained as a winger – and with him as a variable left winger, Leroy Sané can move into the half-field. Because Davies is the left winger when he has possession of the ball; against the ball, he then expands the three-man defensive chain into a four-man chain. A win-win situation, so to speak. And the Canadian is doing well so far, stable in defence, industrious in attack, where he is of course increasingly in demand.

There aren’t that many at his level in that position.

Nagelsmann is realistic about the situation: “You have to allow a player his age to have fluctuations. And he will certainly have them this year as well.” Such phases are part and parcel of being a youngster – and that is absolutely okay. After all, it’s all about constant development. And Davies has the “extremely good physical prerequisites to be one of the best left-backs”, explains Bayern’s head coach. “He probably already is. There aren’t that many at his level in his position. “

That’s why it was “worth its weight in gold for Bayern “ to bring Davies to Germany from the MLS. With him, Nagelsmann is sure, “we will still have a lot of joy”. This season and beyond.