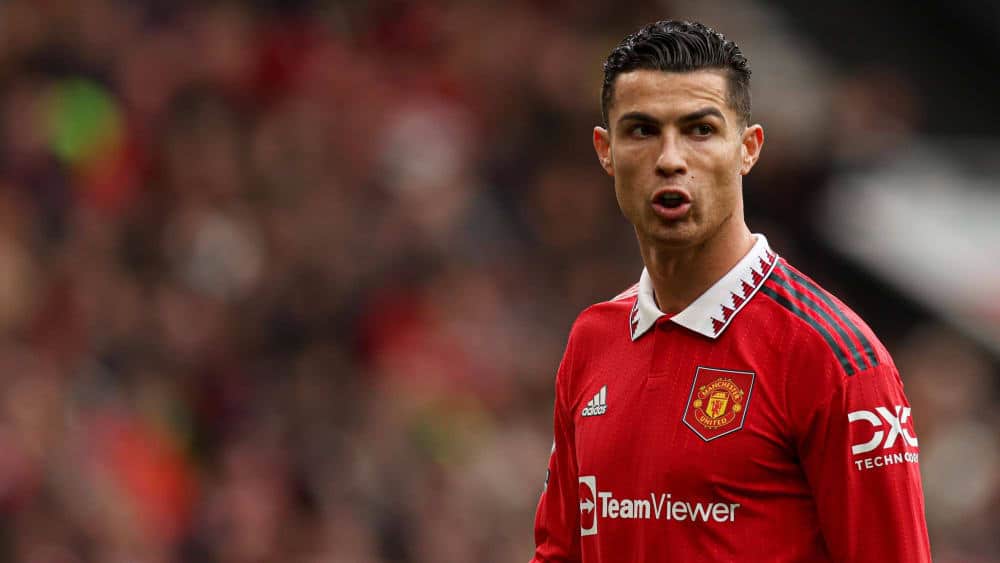 Cristiano Ronaldo has returned to training at Manchester United after his suspension. But will he play on Thursday?

Under normal circumstances this would hardly be worth mentioning, but nothing is normal around Cristiano Ronaldo at the moment. And so the big news from Manchester on Tuesday afternoon was: Cristiano Ronaldo is taking part in United’s team training.

After first refusing to be substituted in last Wednesday’s home game against Tottenham Hotspur and then disappearing into the stadium catacombs without consultation, United coach Erik ten Hag had suspended the 37-year-old Portuguese for the following Premier League game at Chelsea FC. Now normality seems to have returned for the time being.

According to media reports, Cristiano Ronaldo and ten Hag have been in constant contact over the past few days – with the result that the ban was lifted. When ManUnited host Sheriff Tiraspol on Thursday as part of the fifth matchday of the Europa League group stage, the attacker will once again be a squad candidate.

But what statement will ten Hag make in his line-up? So far, Cristiano Ronaldo has always been in the starting eleven in this competition – unlike in the internally higher-weighted Premier League. Should he only be given a wild card role this time, it would suggest that he will have to earn his regular place in the European Cup again after his misconduct.

Rumours of Napoli and a consultant tour

Meanwhile, how long Cristiano Ronaldo will continue to wear the United jersey remains an open question. Recently, there has been increasing talk that England’s record champions would even be prepared to spend money on him in order to be able to sell him in the winter. There are new rumours about Serie A leaders SSC Napoli and that consultant Jorge Mendes has once again offered him to well-known clubs – including in England.

For now, CR7 can help United reach the last 16 of the Europa League – if ten Hag lets him.