Courtois on the offensive: “Many people laughed at me” 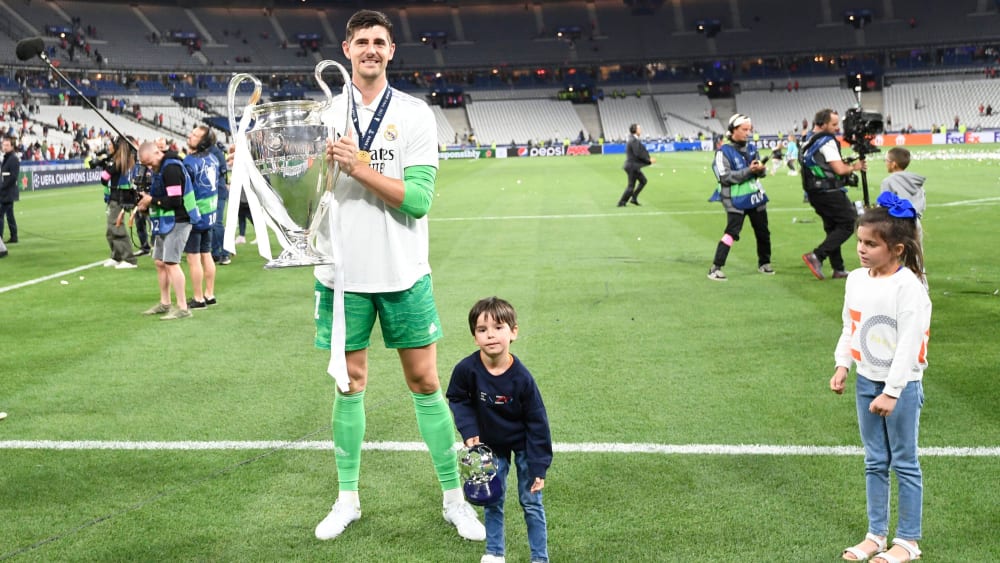 Thibaut Courtois (30) was the guarantor of Real Madrid’s next Champions League triumph on Saturday. But the Belgian also vented his anger after the 1-0 win against Liverpool.


Thibaut Courtois enjoyed the moments after the big goal he had longed for with his family. The Belgian national keeper played on the pitch with his children Adriana and Nicolas, kissing the trophy again and again. “This is the best feeling of my life, apart from the birth of my children,” he admitted: “That’s why I ran straight to my family. They know what I have sacrificed all these years. “

In Spain, the keeper, was showered with praise. The “Marca” wrote on Sunday of the “miracle of Saint Courtois”, from whose hands “a cast should be made and they should be exhibited in a museum”. AS simply called the goalkeeper, who was named the best player of the final, “the Belgian wall”.

Outstanding saves deprived Sadio Mané and Mo Salah of goals they thought were safe. Jürgen Klopp also had to painfully acknowledge Courtois’ performance. “The most important save was the one against Mané, I think,” Courtois said afterwards: “That was really difficult, but I used every one of my 200 centimetres to get there – and then turned in a flash for the rebound.”

A key moment for Courtois’ evening, as he himself explained: “After that save, I had it in my head that nobody was going to score against me tonight.” And so it eventually came to pass.

However, Courtois then used the moment of the press conference to honour the “Player of the Match” to vent his anger. “There was a magazine that didn’t include me in the top ten goalkeepers in March. I think that’s a lack of respect,” Courtois lashed out: “I’m not saying they have to put me in first place, I don’t care. But for me not to be in the top ten after such a season is strange.” Meant was the British magazine “FourFourTwo”.

“It’s related to how I left Chelsea “

For Courtois, he said it was no surprise that such judgement was being passed on him on the island in particular. “Yesterday I saw a lot of funny stuff from England as well,” Real’s keeper continued with his criticism. “I think it’s related to how I left Chelsea. But I think it is what it is. I won the Premier League twice in England and I find that I never really get the credit for it. “

He also faced scorn along the way. “Especially after my first year in Madrid, which wasn’t great, a lot of people laughed at me and now I’m here as a winner. So it’s quite a nice comeback,” Courtois smirked.

He is also victorious about the many Liverpool fans in his own circle of friends. “They told me before the game that I would be humiliated today,” said Courtois, who added: “I think the opposite was the case. “