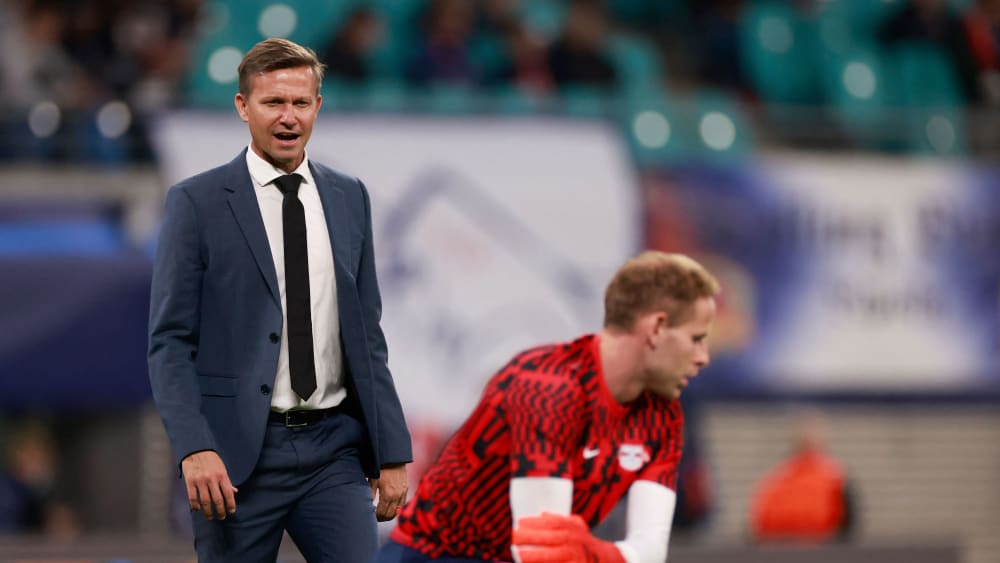 RB Leipzig will have to do without head coach Jesse Marsch and goalkeeper Peter Gulacsi at least for the Champions League match at Club Brugge. Both tested positivefor the coronavirus

As the club announced on Tuesday, Marsch, who RB say is fully vaccinated, tested positive on several occasions ahead of Wednesday s game in Bruges. A rapid test carried out on goalkeeper Gulacsi also produced a positive result, while the result of the PCR test is still pending. Both were “immediately separated from the team” and are in domestic quarantine. They will not travel to Belgium.

According to the club, all players and staff members are either fully vaccinated or recovered, and RB applies the so-called 2G-plus rule in the team environment.


Co-coach Marco Kurth will also not be travelling to Bruges. He himself has not tested positive, but there is a case of Corona in his family, which is why he has been separated from the team as a precautionary contact person.