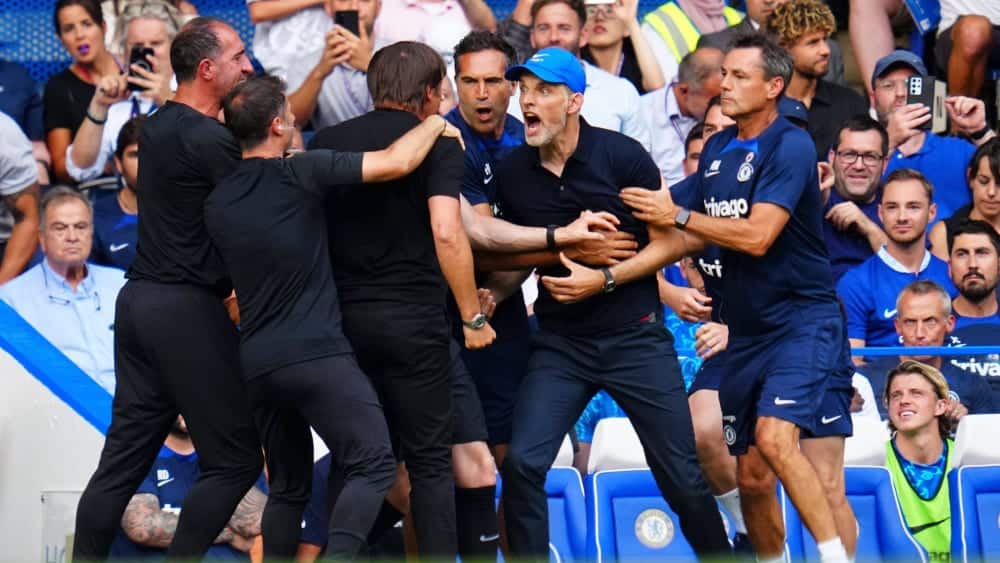 The spectacular feud between Thomas Tuchel and Antonio Conte continued virtually on Sunday evening. For the next duel, the Spurs coach has a simple idea

“Gave everything, important point”, “Thank you for your support”: This is how social media posts by professional footballers and coaches usually sound after a match. It was different for Antonio Conte on Sunday evening.

Before, Chelsea and Tottenham had fought a wild duel that will be remembered less for Harry Kane’s late 2-2 equaliser than for what happened on the touchline: Thomas Tuchel clashed so violently with fellow coach Conte on several occasions that both had to be separated and each saw red after the final whistle.

Perhaps also in order to somehow avoid a ban, both brawlers later played down their behaviour and sold it as part of the Premier League entertainment. “I think we both enjoyed it,” Conte said. Referee Anthony Taylor simply “didn’t understand the dynamics of the scene with his sending offs, but that’s okay.” He added that everything else remained between him and Tuchel.

“To trip you up would have been well deserved … “

But then he didn’t stick to it himself. On Instagram, Conte posted a picture of Tuchel cheering for the interim 2-1 – which later made Tuchel himself uncomfortable – and wrote: “Luckily I didn’t see you … tripping you up would have been well deserved …” So another escalation? Not quite: the three laughing smileys that follow suggest that the Italian has long been able to smile about the feud with Tuchel and presumably assumes that his colleague feels the same way.


Even as he too had celebrated the 1-1 tantalisingly emotional in front of the Chelsea bench. “When I see aggression, my answer is aggression,” the Italian explained, shrugging his shoulders at the many heated moments, about which the BBC wrote that even “‘The Special One’ José Mourinho might have frowned”.

Conte, on the other hand, spoke only indirectly about the fact that he did not look Tuchel in the eye during the handshake, which had infuriated him. His simple suggestion for the return match in February: “Next time we simply don’t shake hands. He stays at his bench, I stay at mine, then there’s no problem. “