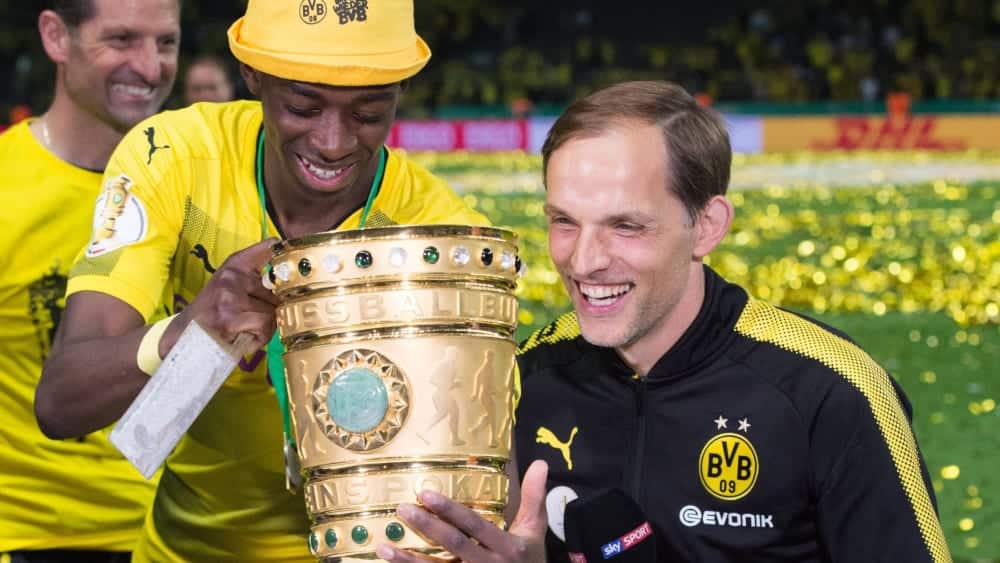 Ousmane Dembelé is set to leave FC Barcelona this winter – is Chelsea FC an option? Thomas Tuchel on his relationship with the ex-Dortmund man.

Thomas Tuchel and Ousmane Dembelé have something in common that they are probably not necessarily proud of: They parted ways with Borussia Dortmund in 2017 amidst discord. Now there are rumours of a reunion.

Because his contract expires in the summer, cash-strapped FC Barcelona are desperate to get rid of Dembelé before the end of January. Just as the now 24-year-old winger once “striked away” at Dortmund, the Catalans now seem to want to force a transfer. And Chelsea FC could be a possible buyer.

Tuchel: “It was only one year – it should have been longer “

“He is a very good player when he plays at the top level and I was lucky enough to coach him during my time at Dortmund,” Tuchel said on Friday when asked about Dembelé, who collected six goals and 13 assists in the Bundesliga for BVB in 2016/17, during Chelsea’s press conference. “It was only one year. It should have been longer, but I had to leave and he decided to leave. “

How has the relationship between the two been since those troubled months, which Tuchel summed up so pointedly soberly? “Since then we have not been in the closest contact,” Tuchel said. He had met Dembelé “here and there” and “exchanged messages with him” when he was regularly preparing for international matches with France’s national team near Paris and he, Tuchel, was PSG coach.

But a concrete expression of interest in a January transfer did not cross Tuchel’s lips, nor did a denial. “He is in this situation,” the fresh FIFA world coach merely said. “I have absolutely no idea why he is in this situation or what the situation is in detail. I know how I feel when it comes to one of my players, so it’s better not to talk about it. “

Share
Facebook
Twitter
Pinterest
WhatsApp
Previous articleCollapse in the fourth: Mavs series snaps against the Suns
Next articleThe tears are followed by the certainty: Ansu Fati will be missing Barça for a long time