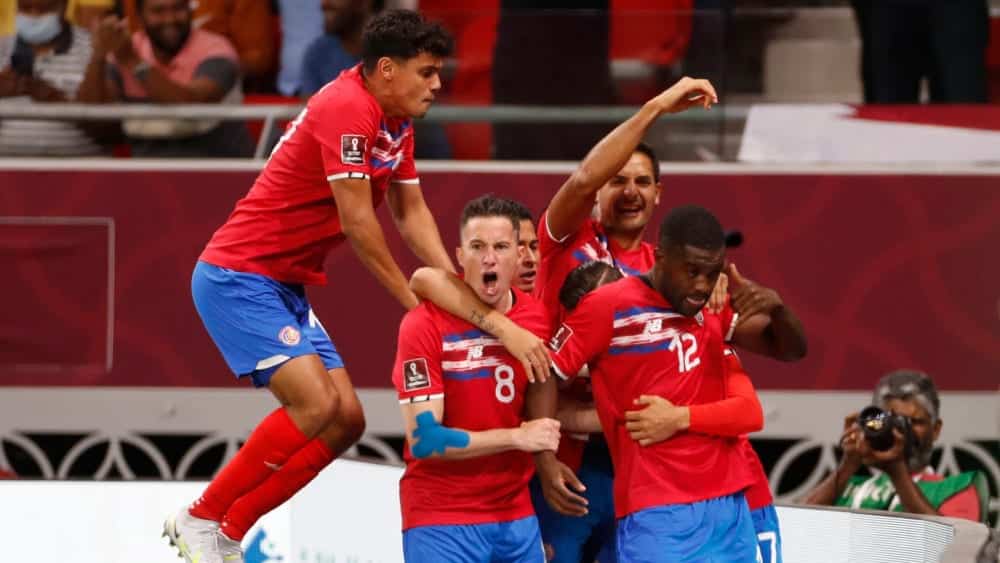 Costa Rica are the last team to qualify for the World Cup in Qatar. An early goal in the intercontinental play-offs was enough to ensure that Germany now knows its final group opponent.

Even before the final World Cup play-off match kicked off, one thing was clear: the opponents were fully passionate and had their eyes on the last World Cup ticket. A fine example of this was how Costa Rica sang along to their anthem – fervently and with heart and soul.

New Zealand and Wood fail to reward themselves

The game got off to a good start for Costa Rica: PSG keeper Navas and his team took the lead after just three minutes when Campbell broke through in the penalty area following a good cross and slotted home. From then on, New Zealand were the better team. But the All Whites were not rewarded despite a lot of effort and high pressure. Wood (16th) failed to beat Navas, and the captain was also rightly denied a goal by the VAR (39th).

After the change of ends, Costa Rica had better access to the game again. That could also have been due to the three changes at the break, but New Zealand were not dangerous for a long time. It was not until the 76th minute that Lewis Navas tested the visitors with a fine shot from distance.


But by then the Kiwis were already a man down because Joker Barbarouses was rightly sent off after a VAR call (69th). He had straddled Calvo badly. On the other side, Contregas failed to save Sail (71). Despite being shorthanded, New Zealand had more of the game in the final phase, but as in the entire match, the pressure was not converted into a goal. Costa Rica’s solid defence held firm.

This means that Germany’s last opponents at the World Cup in Qatar have been determined. In Group E, Costa Rica, who secured the last ticket, Japan, Spain and the DFB team will meet.