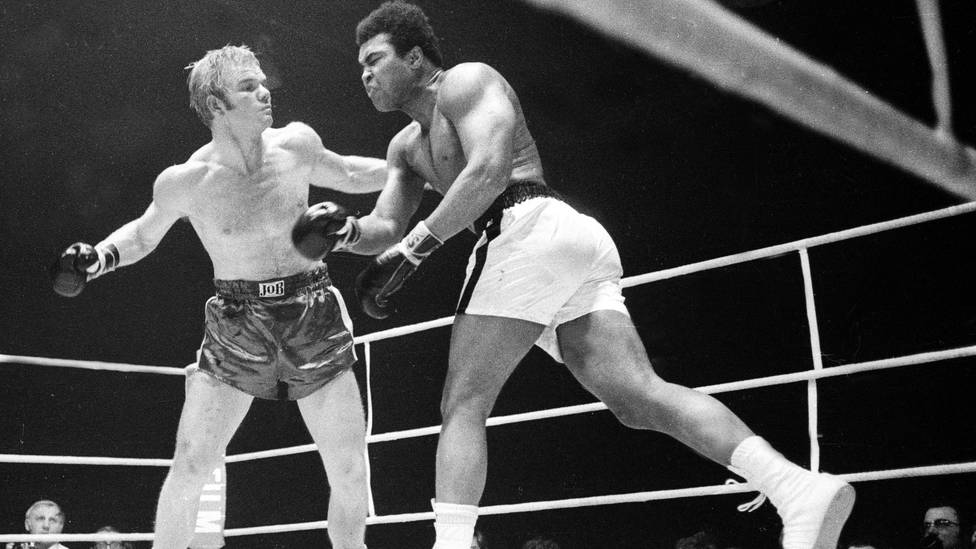 Mourning in the German boxing scene. Jürgen Blin, one of only two Germans who fought Muhammad Ali, has died.

He came from the island of Fehmarn, fought against the greatest and boxed his way to the European heavyweight throne. Jürgen Blin was one of Germany’s best professional boxers in the 1970s.

On Saturday evening, the Hamburg native died at the age of 79 from the consequences of a kidney ailment in the hospital in Reinbek. This was confirmed by Blin’s son Jörg to the SID.

Unforgotten is Blin’s fight against Muhammad Ali on 2 Christmas Day 1971, which he lost by seventh-round knockout in Zurich’s Hallenstadion, the first knock-out of his career.

Only two Germans competed against Ali

Besides Karl Mildenberger, Blin was the only German to compete against Ali. Six months later he became European champion with a points victory over Jose Manuel Urtain of Spain. Of his 48 professional fights, Blin won 30.

Last December, on the 50th anniversary of his fight against Ali, Blin recalled the seven rounds in the ring with the multiple world champion from the USA. “Ali was the greatest because he had greatness as a human being, not only in the ring,” he told the Hamburger Abendblatt.

180,000 marks the master butcher had earned with the fight and was proud: “Most people didn’t last seven rounds with Ali,” said Blin.

He has inherited his boxing talent: grandson Joscha Blin is trying to follow in his grandfather’s footsteps. The 24-year-old made his professional debut in December 2021.