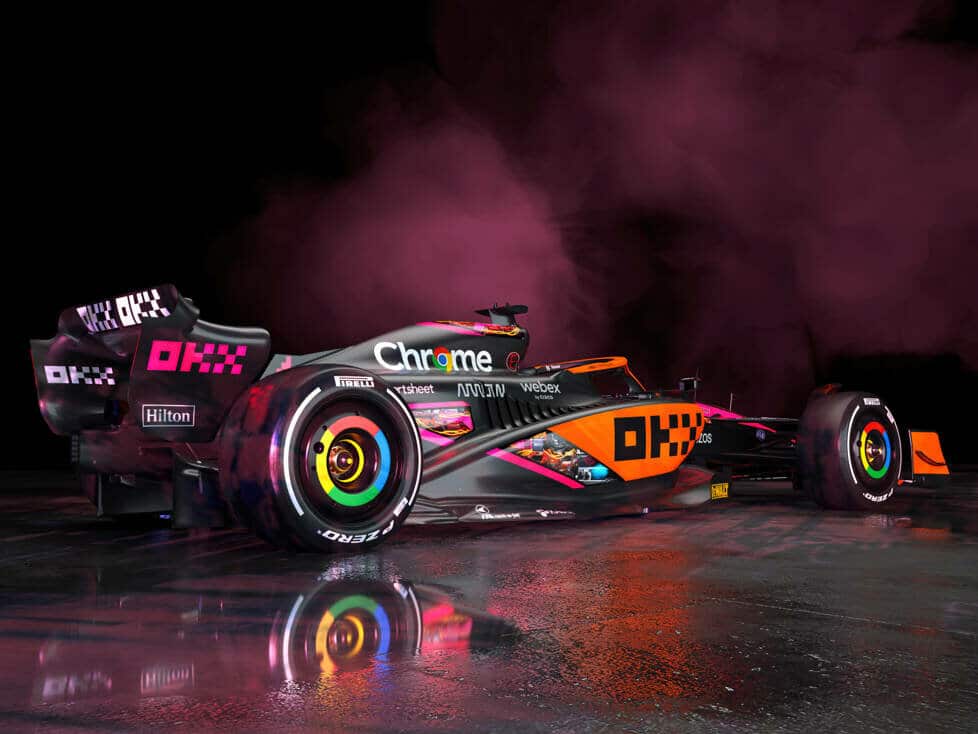 McLaren will compete in the Asian races in Singapore and Japan with a special livery: The MCL36 gets a “bold” design, according to Zak Brown

“The splashy design represents the emergence of new technologies from the region, with a glimpse of the future inspired by the cityscapes of Singapore and Japan, where Formula 1 returns for the first time since 2019,” the team says.

The livery is at the forefront of the “Future Mode” campaign, which aims to highlight the forward-thinking partnership between McLaren and premium partner OKX, a crypto exchange. In addition to the cars, Lando Norris and Daniel Ricciardo’s race suits will also feature the new design.

“We are delighted to celebrate our partnership through this bold and vibrant livery for the upcoming races in Asia,” said Managing Director Zak Brown. “McLaren and OKX are united in moving forward and constantly striving to push boundaries. The Future Fashion campaign is an opportunity to represent these values together on our global stage. “

“It’s fantastic to return to the races in Singapore and Japan and these incredible tracks provide a fitting backdrop for us to celebrate our shared vision of partnership,” said Brown.

McLaren had already caused a stir at the 2021 Monaco race when the team sported a Gulf livery just for the race in the principality. The racing team drove in the colours orange and light blue and thus caused enthusiasm among the fans.

At the time, many called for McLaren to keep the livery, but the team only used it once. At the time, however, they did not rule out the possibility of using a special livery again in the future. This will now happen at the races in Singapore and Suzuka.